Home Business NewsFinance News Retail riches: Just how much money could Robinhood be worth at IPO? 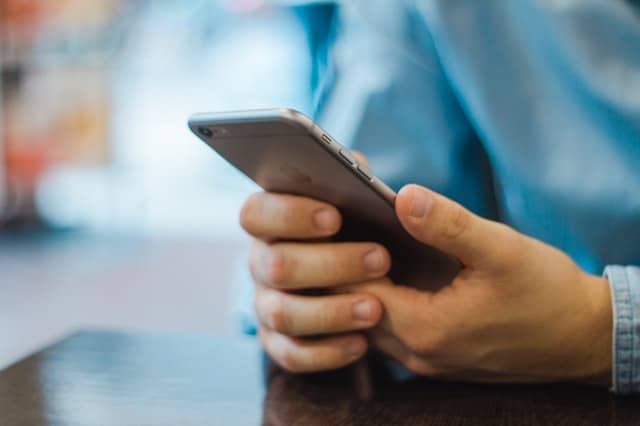 Retail riches: Just how much money could Robinhood be worth at IPO?

Online investing app, Robinhood, is preparing for one of 2021’s most significant IPOs. The platform has rarely strayed from the limelight in what’s been a tumultuous year so far, but with usership skyrocketing since the emergence of the COVID-19 pandemic it’s worth looking into just how big the initial public offering will become.

Robinhood CEO Vlad Tenev has been eager to position Robinhood as an inclusive app that’s on a “mission to democratise finance for all.” This approach has helped the platform to win more active users following the arrival of the COVID-19 pandemic.

As we can see from the number of transactions conducted through the Robinhood app over recent years, the platform’s growth over 2020 has been significant – with the amount of money invested more than doubling when compared to 2019.

To top off what’s been a lucrative 12 months, Robinhood confirmed in late March that it had filed paperwork with the SEC for an IPO. According to CNBC, the company will debut on the Nasdaq – however the prospectus is confidential, so details about price ranges and volume of shares are difficult to source.

However, what we do know is that Robinhood raised $600 million in a VC financing round in September 2020, which led to a valuation at the time of around $11.7 billion. Although, much has happened since this fundraiser. With the trials and tribulations of the GameStop short squeeze being driven by Robinhood investors and a Dogecoin bull market crashing the app in Q1 of 2021, it’s reasonable to expect that Robinhood has far surpassed its 2020 valuation – so just how big will the upcoming initial public offering be?

How big will Robinhood’s valuation be? Speculation is rife surrounding the total value of the platform ahead of its much anticipated IPO. But to work out its value, and how it’s accelerated from the $11.7 billion valuation that came from its September fundraiser, let’s look at how the world of investing has grown in recent months.

According to Maxim Manturov, Freedom Finance Europe’s head of investment research, the COVID-19 pandemic’s growth throughout 2020 led to a huge rise in interest from retail investors.

“As per Fidelity report, there were 26M retail accounts in 2020, i.e. up 17% compared to 2019, while the daily trading volume doubled. People in the US traded about 90% more stocks than the week before they received their stimulation funds,” claimed Manturov. “Finally, a survey by Deutsche Bank, which included 430 retail investors, showed that the respondents were going to invest, on average, 37% of all their stimulation money into stocks. Goldman Sachs recently raised its expectations for stock demand by retail investors in 2021, from $100B to $350B.”

Although Robinhood was widely criticised for its response to the short squeeze of GameStop shares in late January 2021, the event led to a massive rise in downloads of the app from new investors – with over 300,000 downloads a day being recorded at the very end of the month.

So far, 2021 has been a significant year for meme stocks like that of GameStop and Dogecoin. With Robinhood making the buying and selling of shares among social media users simple, the app has been at the forefront of this form of trading activity.

With such a key role to play in bringing new retail investors into play in 2021, it’s clear that the app is eager to deliver on its pledge to democratise finance. In May, Robinhood also announced that it would launch IPO Access – a service that enables retail investors to buy into initial public offerings, including that of its own IPO, further broadening its potential usage.

Robinhood added three million new customers in January alone, boosting its total number of users to over 13 million. In terms of valuation predictions, there are a few differing views online. CNBC speculates that Robinhood’s value is likely to be “at least three-times” the amount of its September valuation of $11.7 billion. Meanwhile, Fortune believes “it’s likely that Robinhood’s total valuation will reach $50 billion, dwarfing every IPO so far in 2021 and ranking in the top ten since 2020.”

In a year that’s been driven by unprecedented interest in meme-stocks and social sentiment, as well as an IPO market that Robinhood’s seeking to support, the flotation of the investing app could well be a money spinner that’s far greater than the company’s latest valuation.

With Robinhood’s brand bolstered by some high profile events in 2021, we may well see some significant investment arriving into the app’s Nasdaq arrival. If the company successfully captures the imagination of the retail market, even a $50 billion valuation may be surpassed. However, all bets are off in the topsy turvy world of post-pandemic investing.