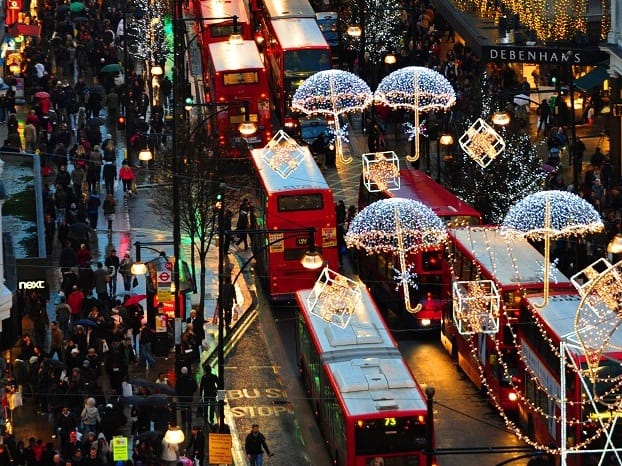 Street called for a “rapid transit” shuttle service between Marble Arch and Tottenham Court Road to replace the bus routes.

“Oxford Street is arguably the shopping capital of the world, it is something very, very special for London that has got to be cherished.

“But it is competing against places like New York, Paris and Berlin and it cannot be taken for granted. Perhaps its biggest single disadvantage is the wall of buses that often make it impenetrable.

“Two things have got to happen. First we support a review of bus routes to take them off Oxford Street. They need to terminate at either end with a slick rapid transit system moving people along Oxford Street quickly.

“Second we need a modern ticketing system so passengers are not forced to stay on buses moving slowly along Oxford Street. They need to be able to hop on and hop off at no extra cost.

“Nobody really disagrees with this, it needs to be forced through. In a year when London has achieved incredible things it shows they things can be done if people show purpose and resolve.”