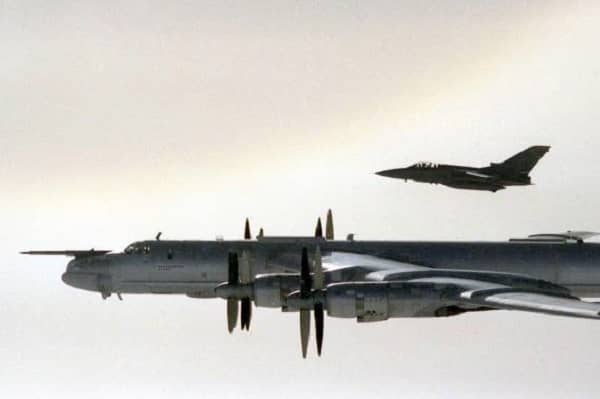 Six RAF fighter jets were scrambled on Saturday as a Russian bomber tried to enter UK airspace over Scotland.

An RAF spokesman said, “This was a routine response to Russian aircraft approaching UK air space and was coordinated with several other Nato allies.”

The aircraft was later identified as a Russian Tupolev Tu-95 Bears, which is a strategic bomber, the total number of Russian aircraft was not disclosed.

RAF Lossiemouth tweeted, “At no point did these aircraft enter UK sovereign airspace.

“The Russian aircraft were shadowed by our Typhoons, along with Quick Reaction Alert aircraft from our NATO partners in Norway and France.”

It added, “We are ready to respond to any unidentified aircraft and potential airborne threats, 24/7/365.”