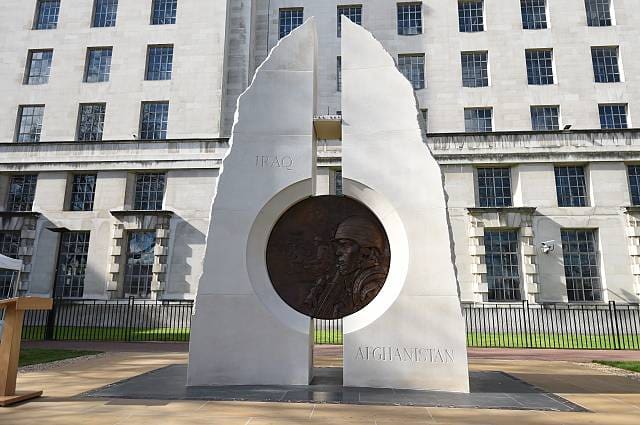 The Queen has unveiled a war memorials in central London today, it’s dedicated to those who served in the Iraq and Afghanistan wars.

The sculpture was made by Paul Day, it is also dedicated to the contributions made by the civilians who were in the conflicts.

It features a bronze medallion and is made up of two stone monoliths.

It was unveiled in the Victoria Embankment Gardens, a service followed for 2,500 veterans on Horse Guards Parade.

During the three wars more than 800 UK military personnel and civilians died.

Defence Secretary Sir Michael Fallon said the memorial would “stand as a permanent reminder of the contribution and sacrifice that so many members of our Armed Forces, aid workers and civilian personnel made towards the security of the United Kingdom and the interests of Iraq and Afghanistan”.