Home Business News Putin ‘won’t stop’ after Ukraine as he ‘is not rational’ if Russia ‘puts one bootstep across NATO territory, we are all at war’ 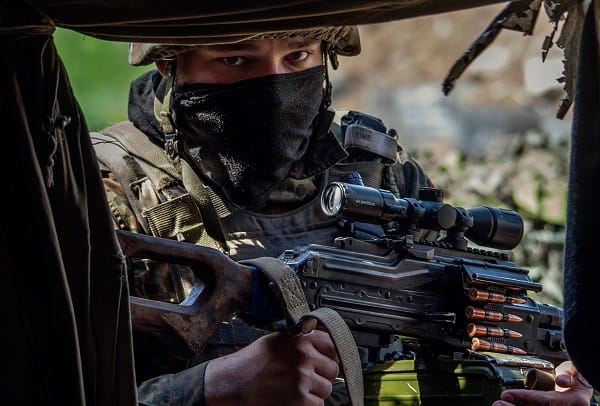 Putin ‘won’t stop’ after Ukraine as he ‘is not rational’ if Russia ‘puts one bootstep across NATO territory, we are all at war’

The Russian President Vladimir Putin “won’t stop” once he has finished with Ukraine as he “is not rational” the British Defence Secretary has warned.

The military airport is a vital site as it will be used to fly in more Russian troops into the country.

Speaking to BBC Breakfast Wallace said that “diplomacy is absolutely off the table” and British troops will not fight “directly” with Russian troops to avoid “war across Europe.”

“It’s about if we were to directly attack Russian aircraft, we would have a war across Europe.”

He added, “I have said continually for a long time, as has Britain, and the Prime Minister has supported this position, that Putin is not rational.

“But what I will do is help Ukraine fight every street with every piece of equipment we can get to them, and we will support them, and that is the reality.”

General Sir Richard Shirreff, a retired British Army Officer and a former Deputy Supreme Allied Commander warned that the UK could soon be at war with Russia.

Speaking on BBC Radio 4’s Today programme on Friday morning General Shirreff said, “There is no surprise and there is profound sadness and a sense of appalling horror at what is about to unfold for the people of Ukraine.

“And I think we have to assume that this is not Russia biting off a chunk of Ukraine – for example, establishing a land corridor in Crimea – but a full-blown military offensive to occupy Ukraine.”

He was asked if Britain might be expected to engage and take part directly in the ongoing military action he said, “Absolutely there is a possibility that we as a nation could be at war with Russia, because if Russia puts one bootstep across Nato territory, we are all at war with Russia. Every single one, every single member of the Nato alliance.

“Article 5 (of the Nato alliance) says an attack on one is an attack on all, so we need to change our mindset fundamentally, and that is why I say our defence starts in the UK on the frontiers of Nato.”