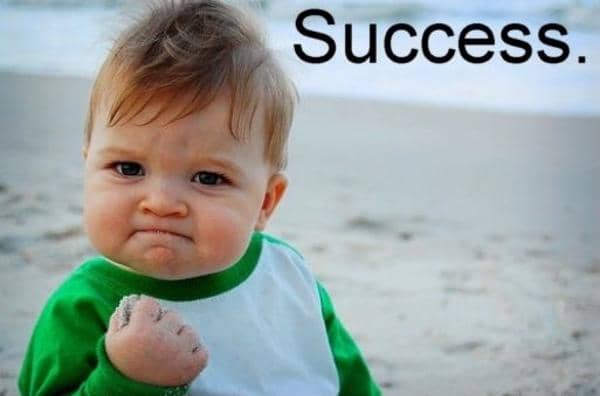 Most people would never consider launching a business without a solid plan, or some potential customers on the radar, but with a role in a printing company becoming insecure, Aron Priest bit the bullet and did just that.

Even with a decade of experience, it was no surprise Priest’s decision to quit his job, rent a unit and launch a business with no complete understanding of what was to come, could appear crazy. Even his business partner, Andy Smith, was taken aback by his determination and passion to succeed.

The beginning of a beautiful friendship: How Priest and Smith became partners

Working in next-door units in the late 90s, Priest for himself and Smith for the company Solopress, the pair soon became friendly and Smith quickly began helping out. Lending a hand with odd jobs then prompted Priest’s decision to get Smith to supply his film and motivated their merging of skills and knowledge.

To meet demand however, they found themselves helping each other fulfil orders by Smith focusing on production and Priest working on the machine. Within a few years, Smith’s work became 50 per cent of Priest’s turnover, the two companies decided to merge, creating the company AGA Print and trading under the name Solopress.

In 2005, the company left behind face-to-face sales and entered the online print trade before many others took the digital leap. This decision led to an unexpected speedy growth, causing them to go from 35 employees to 65 almost instantly, and let’s not forget the impressive organic annual growth of at least 30 per cent.

In 2012, as the company of now 100 staff continued to grow, the pair had to make the difficult decision to take a step back and come off the factory floor and focus on the overall strategy rather than daily activities.

“It was our baby and we couldn’t let go and stop micromanaging. It was the most difficult thing and, yes, I know everyone says ‘don’t work in your business, work on it’, but when it’s something you’ve created, that’s really tough. But by coming off the floor, we immediately saw the fastest period of growth in our history”, says Priest.

The pair became equal partners owning 50 per cent each in 2012, they were hit with the reality that as their business had grown, and they should have been more hands-on in facilitating this. One of the challenges discovered was the lack of strong accountancy and it was going to cost them a pretty penny to make right, just shy of £1m in Inland Revenue fees, to be exact.

Priest said: “He was only a small accountant and we basically outgrew him. Looking back we needed someone to push back and tell us what we should be doing [instead of doing what we said], which is exactly what the new accountant did. It showed us how important it is to make sure you have the right accountant in your corner. You can be the best business person in the world, but if you really want to grow you have to make sure there are no weak links.”

This unexpected tax wasn’t the only scary financial struggle they faced though. Back in 2008, Solopress nearly went bust due to Woolworths going under, causing them to lose a contract with a print broker agency and costing them a sufficiently large sum in just one week.

On the experience, Priest said: “This was a valuable lesson on how to treat cash flow and taught us to make sure the payment comes first rather than waiting 90 days to get paid, like it was commonly done back then.”

After battling their way through financial challenges, and still coming out with impeccable success and growth, it wasn’t long before they were approached with interest from potential buyers. Knowing they wouldn’t be able to make the company “mega” without the help of more knowledgeable e-commerce players.

After a lot of interest Priest and Smith began to make a deal with Onlineprinters – one of Europe’s leading online printers. After a long wait and a slow continued growth for Solopress, the duo managed to finalise the sale with Onlineprinters in March 2017, giving them the international space they needed to continue to grow the company they love so much.

In the midst of all their success, Priest and Smith are not short on lessons they’ve learnt along the way:

●    Don’t micromanage: “When you’ve created something it’s really tough [to not micromanage], but us coming off the floor saw [our] fastest period of growth.”

●    Find an accountant that pushes back: “We just kept bullying our [old] accountant into clearing out debts. Looking back we needed someone to push back [and make us] change the mechanics of the business – learn that paying things off quickly isn’t always the best thing and that loans can be good, cash is king.”

●    Don’t be afraid to try new things: “Not everything succeeds, we started a web design company called Soloweb in 2013 and shut it down in a year. It was a different area than the core of our business that customers encouraged, but sadly it was losing money. Still, that was a valuable lesson which made us focus on our main business even more.”

●    Listen to your business: “Reviews are an essential part of our business. They give us strength and reassure our potential customers that our company is trustworthy, through this we can boost our growth even further. We take pride in giving a quality service to all of our clients.”