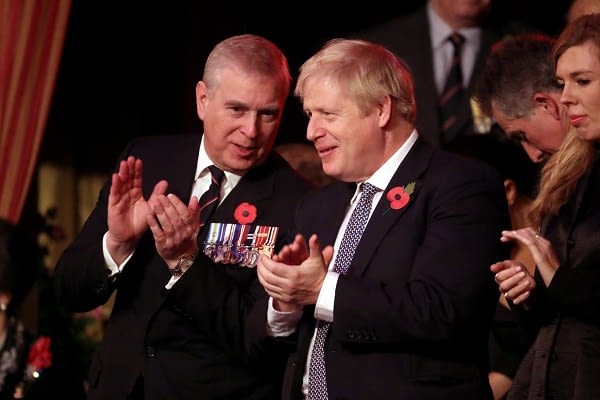 The Duke of York will face court in the US as he has lost his bid to have the civil sex assault case against him to be thrown out by a New York judge.

The Queen’s favourite son Prince Andrew, 61, will face trial later this year as Judge Lewis A Kaplan ruled an argument put forward by his legal team that a 2009 agreement that his accuser Virginia Giuffre made with Jeffrey Epstein did not prevent her from taking further legal action against him.

Giuffre, 39, is suing Prince Andrew for an undisclosed sum over claims that he had sexually abused him, a claim that he vehemently denies.

Giuffre’s lawsuit claims that Prince Andrew had sex with her on three occasions in 2001 when she was a teenager.

She was sex trafficked by billionaire pedophile Epstien and Andrew Brettler the Duke of York’s attorney said the lawsuit is “baseless.”

In the conclusion of the judges written ruling, he said, “For the foregoing reasons, defendant’s motion to dismiss the complaint or for a more definite statement is denied in all respects.

“Given the court’s limited task of ruling on this motion, nothing in this opinion or previously in these proceedings properly may be construed as indicating a view with respect to the truth of the charges or countercharges or as to the intention of the parties in entering into the 2009 Agreement.”

Brettler argued the case does not stand as the settlement between Giuffre and Epstien meant she had “waived her right to sue” and that her allegations are not clear, he added, “she needs to lock herself into a story now.”

The settlement stated, “In addition to being continually exploited to satisfy defendant’s [Epstein] every sexual whim, [Giuffre] was also required to be sexually exploited by defendant’s adult male peers, including royalty, politicians, academicians, businessmen and or other professional and personal acquaintances.”

The judge said the settlement made it clear, that it was “not intended to be used by any other person” by Epstein, suggesting that this included Andrew.

During the hearing, the judge was notably combative with Andrew Brettler, the duke’s lawyer, responding to one submission simply with “so what?”

Prince Andrew’s lawyer claims Giuffre has failed to “articulate what happened to her at the hands of Prince Andrew.”

Judge Kaplan responded as he read out a portion of the lawsuit aloud which alleges “involuntary sexual intercourse,” the judge added, “There isn’t any doubt what that means.”

Mitchell Epner, a former federal prosecutor, told The Times that it “could not have gone worse” Prince Andrew and his legal team.

He continued, “There were a number of times where Andrew’s counsel was reduced to saying, ‘Well, I respectfully disagree.’

“In the courtroom, respectfully disagreeing with the judge means you are about to lose.”