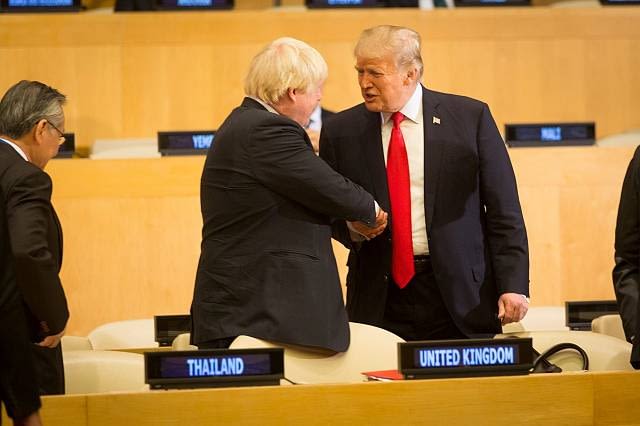 President Trump and Boris Johnson to ‘hang out’ in London

President Donald Trump will be heading back to London for his third visit in December as he will attend the NATO summit.

A source in Washington said, “The President wants to spend time with Boris and has invited him to come to stateside at some point but given Nato is in London it will be a chance for them to hang out.”

After a call on Wednesday Trump said that they are “very much aligned.”

President Trump said speaking to journalists, “I think we’ll make a fantastic and big trade deal with the UK. That’s moving along rapidly.

“We should do much more business than we’re doing.”