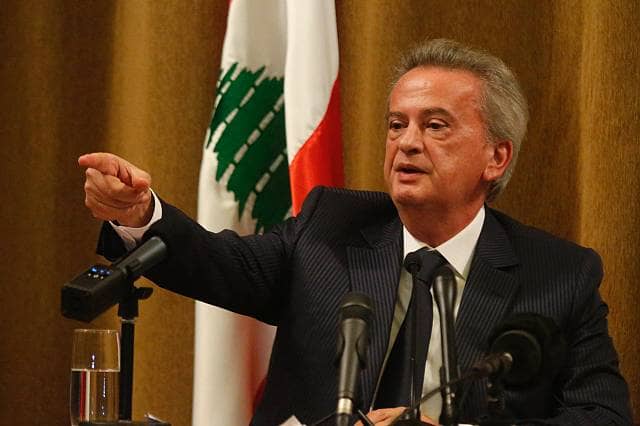 Politicised attacks on the Governor of the Bank of Lebanon intensify

It appears to local and international observers that the public campaign being waged against the governor of the Lebanese central bank, Riad Salame, is continuing and intensifying.

According to reliable sources in Beirut, it is widely believed that these attacks are being initiated by Hezbollah and their allies, using legal cases and other reputation assaults  in a mission of character assassination against the governor. It would appear there is a sustained attempt to tarnish the Governor’s image, notably by raising doubts about his wealth and his financial arrangements.

Last April a forged report was circulated accusing the governor of siphoning funds from the central bank helped by family and friends. The governor immediately sued the perpetrators and the case is continuing.

In an unprecedented public statement, the governor declared his net worth at 23 million dollars that he owned in assets in 1993 prior to assuming the post of governor. His statement was on MTV on April 8 2020. Such transparency is unusual in Lebanon. However, his willingness to be open did not satisfy those campaigning against him. A search on his properties locally and internationally was conducted. His holdings were found to be absolutely compatible with his financial means.

At the same time, press articles were written and prepared to perpetuate doubts on his integrity.

On other issues, lawyers introduced legal actions with no or merit just with the intention of placing the cause of the economic and financial crisis on him solely.
This while Lebanon is surviving today simply with fresh dollars of the Bank of Lebanon financial structuring.

Political actions have been conducted to undermine his authority and the authority of the central bank even to demote him. These attacks seek to wrongly portray illicit actions, lately by the OCCRP and so called financial advisors accusing him of breaking the law such as those seen on reports on CNBC.

Negative reports on the Lebanese pound and the financial sector continue to be regularly disseminated locally and internationally. Worse, these include unfounded news about his opposition to the IMF. After each meeting the newspaper al Akbar writes about untrue antagonism between the governor and the IMF.

Despite these false attacks visitors to the governor report that he is calm and determined to act positively. He continues to refuses to comment and remains silent. He trusts in justice and institutions, and will continue to initiate legal actions locally and internationally to protect his personal and career reputation built over more than 30 years of service to his country. He expects more attacks. His biggest so-called sin is that he didn’t let the system collapse, did not let the banks fail, and did not allow depositors to lose their money.

Those of us who watch Lebanon closely find it difficult to watch these attacks on a Governor who has acted prudently throughout. It’s heart-breaking to see Lebanon behave in a self-defeating manner at such a perilous time.