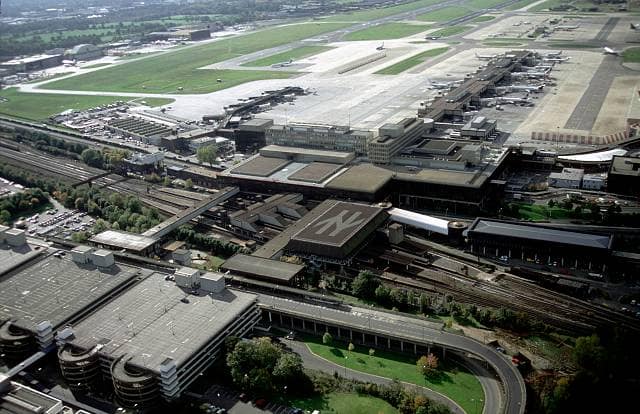 Passengers and crew on board a Virgin Atlantic flight were taken off a plane with a sickness outbreak, at Gatwick Airport. All were taken into quarantine with flu like symptoms.

Currently been stuck on plane at #gatwick for 90 mins due to sickness on board! Now told we are being taken to a holding centre to be assessed! pic.twitter.com/qXU6GdL75Y

All passengers were checked on board the aircraft, a passenger said, “apparently 150 of 450 people were affected” according to holiday maker Phil Brown.

Trevor Wilson who was on the flight said, “This flight was exclusively cruise passengers from the MSC Preziosa. The illness seems to have originated on board ship not the plane. 5 members of cabin crew became sick on flight.”

Wilson added, “being taken to a holding centre to be assessed,” including several people with “flu-like symptoms.”

Meanwhile three passengers have been taken to hospital for further tests. pic.twitter.com/RuSLxgdSpi

Virgin Atlantic said, “A number of customers onboard the VS610, which landed at London Gatwick this morning from Barbados, reported feeling unwell.

“As a precaution the plane was met by the relevant authorities who made the decision to screen everyone onboard, in line with standard health and safety procedures.

“The wellbeing of our customers and crew is always our priority, and we are supporting those affected.

“Customers have now left the aircraft and can continue their journeys as normal.”

A spokesman for Gatwick Airport said, “A small number of passengers and crew on board a Virgin Atlantic flight which landed from Bridgetown, Barbados this morning reported feeling unwell.

“In keeping with health and safety procedures, the relevant authorities were informed, and an assessment was taken on board.

“Passengers have now been able to leave the aircraft and continue their onward journeys.”