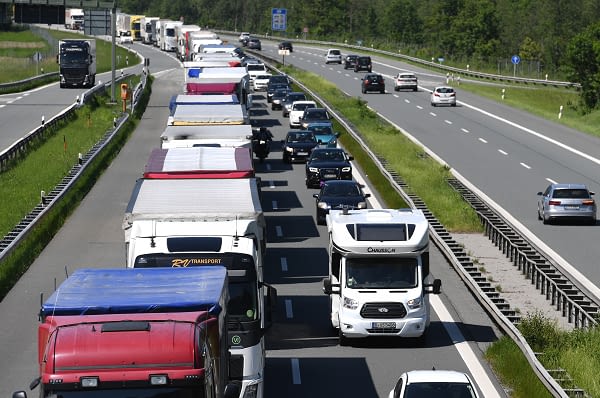 One year on from the official final transition from the EU, UK businesses continue to see increasing Brexit-related delays to imports from the EU, according to the latest Franco-British Business Report, released today by the French Chamber of Commerce in Great Britain (CCFGB) and data science consultancy, Ekimetrics. The latest figures present potentially serious supply chain issues in the run up to the festive period.

This report forms part of a live dashboard tracking the state of Franco-British business and the impact of Brexit on the medium to long term, built by Ekimetrics on behalf of the French Chamber, which can be viewed here.

As well as the clear impact this has had on the ease of doing business cross-channel, it is also having repercussions on UK workforces.

46% of firms decreased the proportion of new hires from the EU (15% more than in Q1), while 67% have reduced their hires of interns & VIEs due to new immigration rules. 30% of the firms reported the primary reason for doing so is the increase in costs associated in the recruitment of EU nationals. 30% of businesses reduced their UK headcount directly as a result of Brexit.

Commenting on the findings, Marilise Saghbini, Director at French Chamber of Great Britain said: “What this data reveals is that supply chain issues between France and the UK don’t seem to be getting any better since the start of the year. What we’re most concerned about are the reduced numbers of young people having access to career opportunities on both side of the Channel – youth mobility is a critical issue to get right as we build beyond Brexit in 2022.”

Matt Andrew, UK Managing Director, Ekimetrics, adds: “Our data analysis reveals a unique view into the ongoing trade challenges between France and the UK. This real-time data is essential in equipping the French Chamber with the vital information it needs to help support trade between the two nations.”

Kamran Razmdoost, UK Dean, ESCP Business School: “This data helps us to understand the challenges we are facing in attracting European talent to the UK, and to think of solutions that address those challenges. It is a great tool for policy makers to inform their evidence-based narratives and strategies. As a world-ranked provider of business education with campuses on both sides of the channel, ESCP Business School is committed to preparing both students and executives to make better choices for tomorrow’s business world. The Franco-British Business Dashboard can play an important role in establishing facts and dispersing myths – an asset for UK-EU business relationships.”