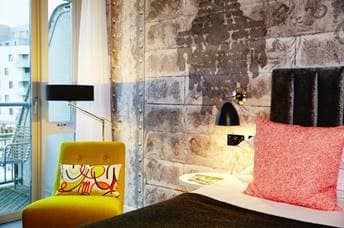 Nights booked in London with Airbnb have more than doubled

New research from Colliers International and Hotelschool The Hague reveals that nights booked in London with Airbnb rose by 130 per cent to 4.62 million in 2016, from just over 2 million in 2015. Furthermore, in the first four months of 2017, there was an additional 55 per cent uplift in the number of nights booked through Airbnb compared to the same period in 2016.

The success and growing popularity of this online marketplace has helped to see its market share of London’s overnight visitors more than double to nearly nine per cent in 2016, up from less than four per cent of overnight visitors making use of Airbnb for their accommodation in 2015.

Bookings in the boroughs of Westminster; Tower Hamlets; Camden; Kensington and Chelsea; and Hackney accounted for nearly 50 per cent of all Airbnb overnight stays, a trend also seen in 2015.

Marc Finney, Head of Hotels & Resorts Consulting commented: “Our research shows that Airbnb now represents a notable and growing type of accommodation offer in the capital. As the scale grows, the lack of regulation becomes a greater concern to many, and rightly so. It is interesting though that despite the growth, we’re seeing relatively little negative impact on the hotel sector. In a lot of ways, Airbnb is a different product offer, just one that now benefits from better visibility.”

“Indeed STR data shows that London hotels held an Average Daily Rate (ADR) of £143 in 2016. Whereas, the London Airbnb ADR fell by eight per cent in 2016 to £100; and rates for private rooms fell by 15 per cent to an ADR of £57. This room type also became more popular than in the previous year. Overall though, despite the growing influence of Airbnb, we’re still finding strong business cases for proposed hotels in our development advisory work,” adds Finney.

Of the 2016 listings, almost 54 per cent were offered by hosts with more than one listing, up from 48 per cent. This reinforces concerns amongst communities and authorities about the scale of professional letting via the site.

Jeroen Oskam, Director of Research at Hotelschool The Hague added: “The lack of regulation is a concern, not just for traditional accommodation providers, but especially for cities and residents. In addition, consumers’ rights and safety should be protected by regulation but if Airbnb guests encounter a problem, they have to rely on improvised measures by the platform.”