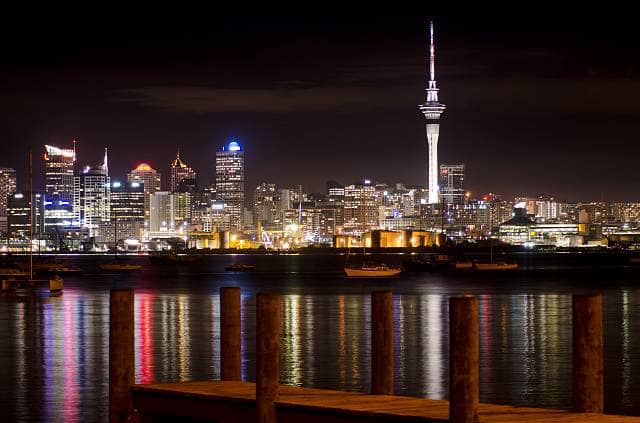 The Auckland central business district (CBD), is also known as the city centre by Auckland Council. This location is both the geographical and economic centre of the Auckland metropolitan area. This place is the area where Auckland was created by William Hobson in 1840.

The CBD is identified as one of the places with the densest population in New Zealand, as there are several commercial and a few residential developments built into a space of no more than 433 hectares (1,070 acres). Auckland’s SkyCity is the main entertainment centre in the city. The business area comprises the largest concentration of businesses and skyscrapers in the city. It is bounded by many major motorways, as well as by the harbour coastline located in the north.

The CBD of Auckland has remained the main business and economic development centre of New Zealand for almost two centuries. The area of the CBD in today’s world was the original site of the European settlement of Auckland. With the best casinos operating in New Zealand, this area is a top choice among entertainment centres. Though a small area in its earliest days, it has experienced progressive growth and is now much more densely built-up.

The CBD area now features high-rise buildings used primarily for retail and commercial purposes. It boasts of the highest concentration of cultures, arts and higher education venues and institutions in the country.

Some commentators have pointed out that the past few decades have not been friendly to the community and aesthetic values of the inner city. The destruction of many older buildings, usually the prerequisite for an uninspired or low-quality new office and residential apartments, is considered by them to be a result of a combination of developers who have no interest in long-term outcomes and a very weak Council planning direction. At present, the Auckland CBD is one of the only places in New Zealand where you can find skyscraper-sized buildings, like ANZ Centre, the Metropolis, or the Vero Centre with the Sky Tower rising high above them.

In addition to the famous Sky Tower which is one of the top spots in Auckland, the complex features a 700-seat theatre, 12 bars and restaurants, a convention centre, and two hotels. However, the main feature is the casino itself, with over 1,600 gaming machines, and more than 100 tables with games like roulette and blackjack. The casino was refurbished back in 2006.

In September 2013, it was revealed that Skycity Auckland had acquired a 21m motor yacht “Horizon II” mainly for corporate entertainment. In February 2018, Skycity Auckland launched the very first purpose-built esports broadcasting studio in New Zealand. The studio is situated on Level 2 of the Sky Tower, earlier known as XO Bar.

By 2019 the building was set to house a convention centre designed to cater for as many as 3500 guests, costing more than $700 million, after successfully cutting a deal with the Government that will provide it with the right to install additional gambling tables and pokie machines.

Skycity Hotel, Auckland was opened in February 1996 as a casino hotel. It is one of the busiest hotels in New Zealand, and is located within the main Auckland complex and serves primarily business travellers, families, and punters who play at the casino. It offers as many as 323 rooms which were refurbished in 2013. Skycity Hotel is a Qualmark rated 4-star hotel.

The Skycity Grand Hotel is a beautiful luxury 5-star hotel that was officially opened in April 2005 by the Prime Minister, Helen Clark after costing a whopping $85 million. It is not located inside the complex itself, but is adjacent and connected by a sky bridge. It mainly serves VIPs, older guests and high-stake punters who gamble at the casino. Many celebrities are known to have stayed at the hotel, including Christina Aguilera, Justin Timberlake, and Linkin Park. There are 21 levels and 316 rooms featured in the Grand hotel.

The rooms in the hotel include The Grand Suite, 11 Executive King Suites, 8 Premier Self Contained Suites, and 296 Luxury King rooms. All rooms had their interiors designed by Chhada Siembieda (specialist luxury hotel interior designer). Facilities and services in this hotel include 24-hour room service and reception, fitness centre, sauna, a heated lap pool, health spa, personal trainers, a hotel doctor and babysitting.

In 2019, the Skycity Convention Centre hosted two World boxing title events, and both events were promoted by Steve Deane and Bruce Glozier of Rival Sports Promotions. The first of both events took place on the 30th of March and Geovana Peres fought Lani Daniels for the WBO World women’s light heavyweight title tagged History in the making.