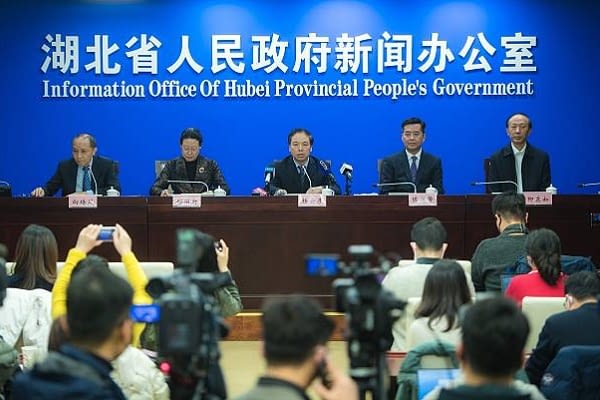 New deadly Chinese virus is spreading across China with many infected

Fears have been sparked as a new deadly virus is spreading across China after a newly reported death has emerged.

Whilst we are in a global pandemic with coronavirus, the world could now be facing a new virus is completely different to coronavirus.

The new virus who killed a man travelling on a bus had tested positive for Havantavirus and other passengers who had travelled with the man have also been diagnosed with the virus.

The Chinese man was from Yunnan province died whilst travelling to work, the stat run Global Times reported.

He was from the city of Lincang and Chinese authorities are now urgently monitoring and screening for the virus across the city.

The paper wrote, “He was tested positive for hantavirus. Other 32 people on bus were tested.” The newspaper reported two more people who have Havantavirus fever like symptoms are also being tested.

The man-made coronavirus created by scientists from Wuhan in China, started on 31 December 2019 and has so far infected more than 480,400 people globally in less than three months, killing over 21,500 people.

Unlike coronavirus, hantaviruses are a family of viruses which are spread mainly by rodents, According to the US’ Centers for Disease Control and Prevention (CDC).

Unlike coronavirus, this virus is not airborne and can only be transmitted through the saliva of rodents, urine and faeces, currently.

Havantavirus first emerged in the 1950s during the American Korean war in Korea from the Hantan river, and has been known about for decades, according to Swedish scientist Dr Sumaiya Shaikh.

Dr Shaikh said, “It spreads from rat/mice if humans ingest their body fluids. Human-human transmission is rare.”  However, Chinese authorities are concerned as this could be a new strain of Havantavirus, as it has spread person to person in China.

However, in 2012 30,000 American’s were warned of Havantavirus as the US Yosemite National Park. The Sacramento Bee newspaper, wrote on Friday 9/7/2012 that a “3rd Hantavirus Death Reported by Yosemite Officials Now Say 25,000 May Have Exposure”

The newspaper further reported that, “after a few days, their health may deteriorate rapidly…”