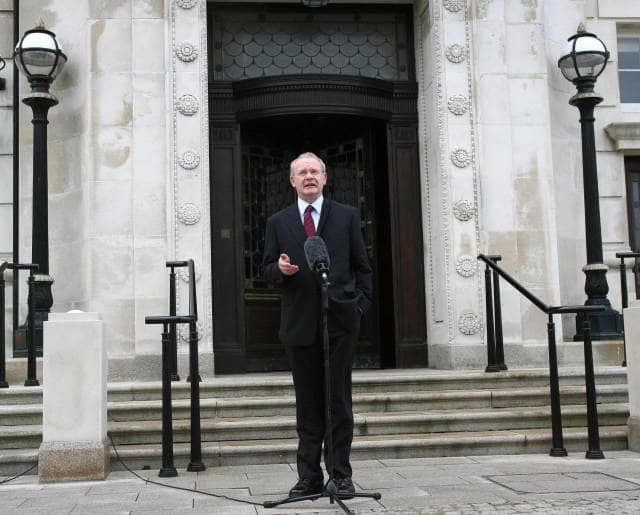 Mourners are gathering in Derry as they attend the funeral of Northern Ireland’s former deputy first minister Martin McGuinness.

Among those attending is the former US President Bill Clinton and the leader of the Democratic Unionist Party, Arlene Foster.

Thousands of people are lining the streets to pay their respects.

McGuinness died on Tuesday at the age of 66 after suffering from a rare heart condition.

His body is being carried from his Bogside home to St Columba’s Church, Long Tower, a mass is due to begin at 14:00 GMT.

His coffin will be draped with his home country’s flag.

After the Requiem Mass, McGuinness will be buried in the republican plot in the city cemetery.

It is also understood that the former US President will say a few words at the end of the funeral service.