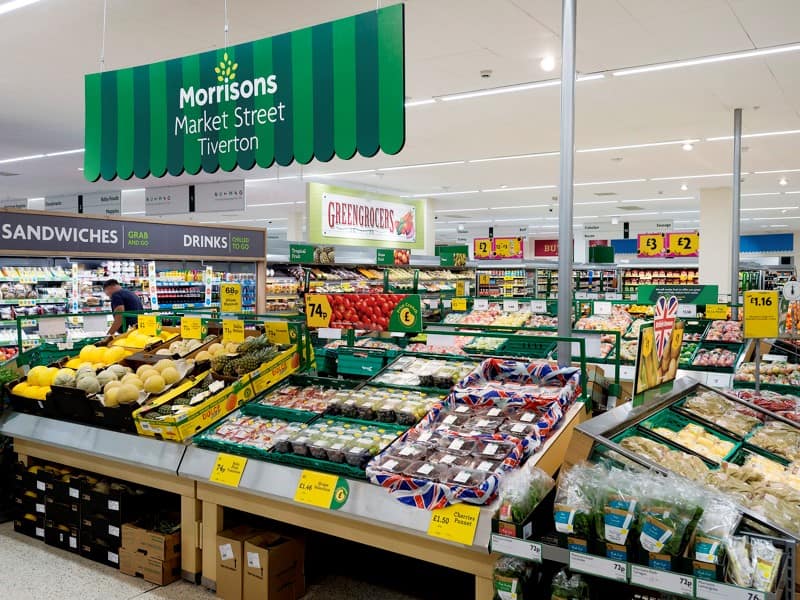 Morrisons sales rose in the first half but in the second quarter like-for-like sales fell 1.9%

That ends its run of 14 consecutive quarters of growth.

Richard Hunter, head of markets at Interactive Investor, said: “From a trading perspective, the second quarter saw a dip in like-for-like sales, which should not become a trend given the outlook statement. That being said, food shoppers are notoriously price-conscious and, as such, the likes of Morrisons will be under pressure whatever the outcome of the Brexit negotiations given the likely hit to the UK economy.

“However, given the hugely competitive sector in which Morrisons operates, this update must be seen as positive progress and has been warmly received.”