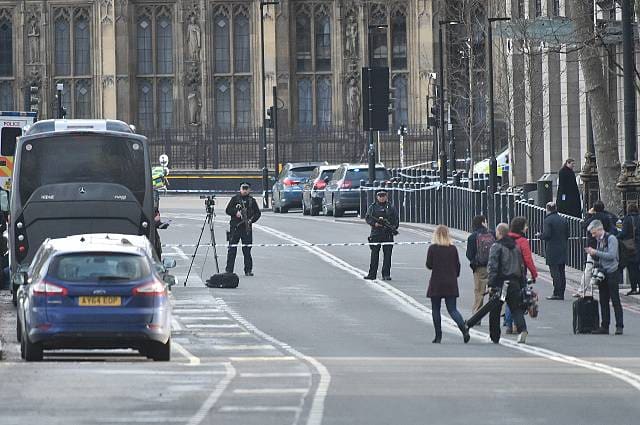 More than 400 jihadi fighters are back in Britain

Security sources have told Sky News that more than 400 former fighters are now back on the streets of Britain.

It is believed that there is a growing risk that Britain may suffer a similar kind of attack that has been seen in France and Belgium over the last couple of years.

Most jihadi fighters returning from conflict areas or war zones such as Syria would have had extensive training in explosives with the construction of improvised explosive devices, weapons, tactics, counter surveillance and surveillance to name a few of the trade craft skills they would have been taught on the ground.

The security services and the police who are already extremely stretched have their concerns of lone wolf attacks as seen last week by Khalid Masood.

Tony Long a former Scotland Yard Specialist Firearms Officer told Sky News: “These are combat-hardened soldiers. They might not be trained in the way that NATO might train their soldiers but they’ve seen more close quarter conflict and more urban fighting than probably most members of the British Armed Forces and you have to respect that.

“Of course they’re bringing that knowledge back with them to the UK and it’s very very difficult because of the legal restrictions that are put on the security services and the police to actually monitor all of these people.”

To date only a small number have been prosecuted from their return from the hardened battlefields of Iraq or Syria. These fighters and their counterparts go to extreme lengths to cover their tracks, which makes the job even harder for the British security services.

Professor Tahir Abbas a security expert from the Royal United Services Institute said: “The police and security services are certainly preparing for all eventualities, because in Britain, we’ve had our lessons from the past.

“These returning fighters pose a number of threats in relation to security here.”

“They’ve been through a lot of very traumatic conflict and engagement, often involved in street-to-street fighting.”

“Now, having made their way back to Britain, they pose a particular threat because of their capacity – and perhaps they’ve been instructed to return, hold fire and wait for the go ahead to launch attacks.”

“They are likely to be traumatised, but also extremely experienced and well trained individuals who pose a serious risk.”