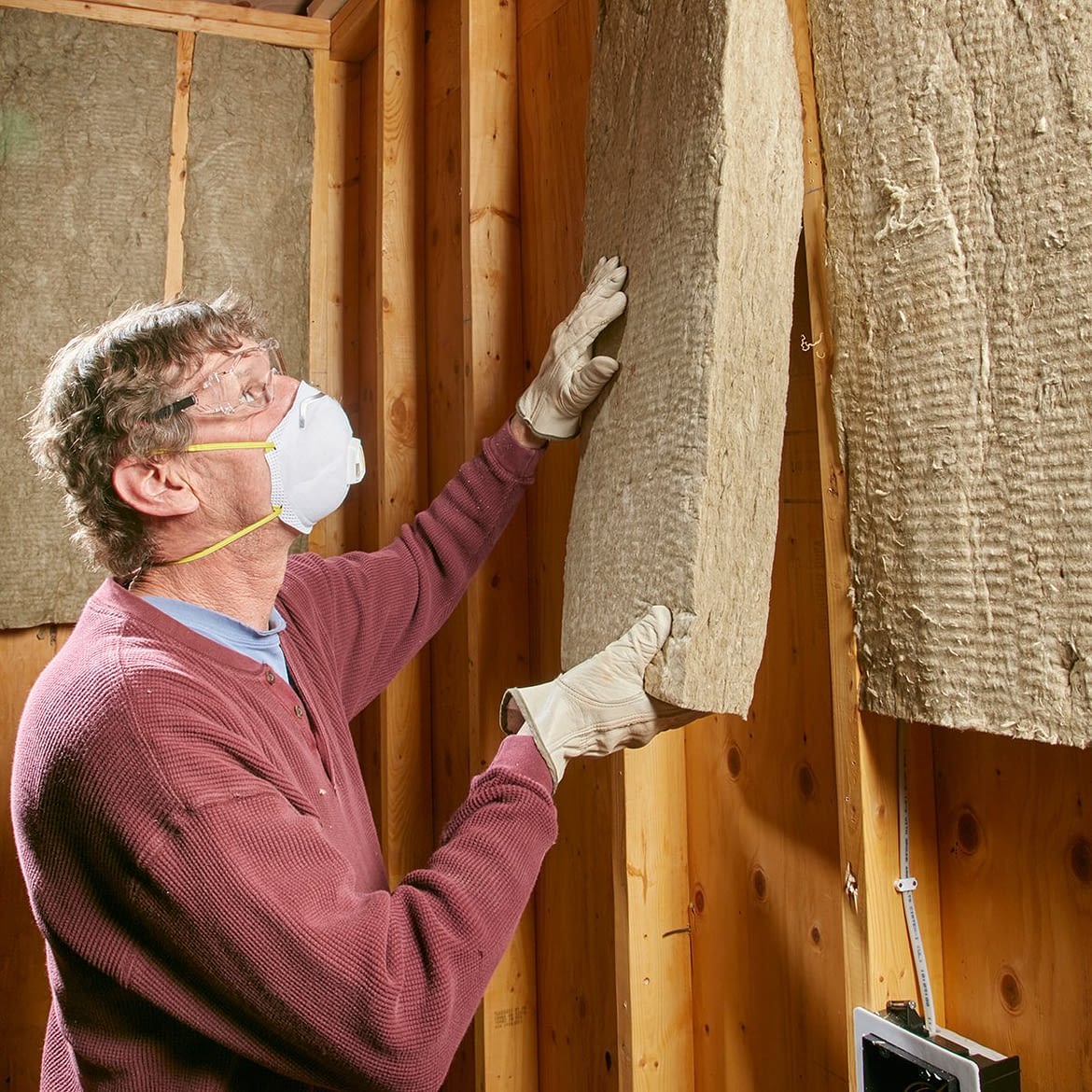 You might not know it, but the chances are, you have mineral wool in your home.  The material is officially known as Man-Made Vitreous Fibres (MMVF), but it is more commonly referred to as ‘stone wool’, ‘glass wool’, ‘mineral wool’, or even by one of the more well-known brand names, Rockwool.  There is a high chance that you have mineral wool as the insulation in your home.  Homeowners and construction workers will likely have handled it during building or renovation work, installing or removing mineral wool as insulation.  But how much do the public know regarding the health and risks associated with this product?

There is a history that explains why many homes are using mineral wool. It was essentially a de facto replacement for asbestos after that substance became banned. For a long time, asbestos was used as an insulation material. The first evidence of the dangers of working with asbestos emerged at the Charing Cross Hospital, London, in 1900, when, during the post mortem examination of a young man who had died from pulmonary fibrosis after having worked for 14 years in an asbestos textile factory, Dr. H. Montague Murray discovered asbestos traces in the victim’s lungs. The Inspector of Factories in Britain subsequently included asbestos in a list of harmful industrial substances in 1902. The asbestos industry played down the risks and managed to successfully defend itself for almost a full century. Since asbestos was banned in most countries during the 1990s, mineral wool has effectively emerged as the replacement material.

Concerns are growing as it becomes clear that the health risks associated with mineral wool are comparable with those of asbestos.  Dr. Marjolein Drent, professor of Interstitial Lung Diseases at the Department of Pharmacology and Toxicology at Maastricht University, in the Netherlands, has stated: “The effects of the fibres of glass wool and stone wool can be compared to those of asbestos. In the past we did not know asbestos was very dangerous. The results of the effects of fibres in glass wool and mineral wool are only being seen right now, so we must deal with it carefully.”  It seems that after banning asbestos in 1999, we have chosen a replacement in mineral wool that is just as deadly.  Dr Drent added: “The point is that these substances are harmful, but people do not realise it sufficiently, and that is something we have to worry about. It is too easily accepted that ‘we have a replacement for asbestos’. But the replacement may not be as good as we thought it was at the beginning, there is insufficient attention given to this fact.””

How is that the replacement for banned asbestos was allowed to be a material that poses such a similar level of health threat?  There is a quite a history there too.  Mineral wool was originally classified by the World Health Organisation (WHO) and the International Agency on the Research on Cancer (IARC) as carcinogenic and hazardous to humans.  The mineral wool industry then altered the composition of their product, which then underwent further tests. In 2002 mineral wool was declassified as a carcinogen.  However, it has now emerged that the product as tested was different from that which is commercially available, in that an important ‘binder’ had been removed.  There are calls for the European Chemicals Agency (ECA), based in Helsinki, to carry out retesting on the product as sold.

Certainly this re-testing should take place.  It seems possible that mineral wool could eventually face a ban, similar to that imposed on its cousin, asbestos.  In the meantime, what can we do to protect the homeowners and construction workers who could be installing, removing or disposing of mineral wool?  The first step is the need for compulsory use of appropriate safety equipment, such as face masks, by construction workers.  Large, clear product labelling should also be obligatory, so that users can be informed of the health risks they face and be guided on how to begin to protect themselves.

Asbestos took a century to become banned, after the initial discovery that it was dangerous.  That delay meant that many more victims were exposed to it.  History cannot be allowed to repeat itself. We cannot accept such a delay in dealing with the health threats posed by mineral wool.