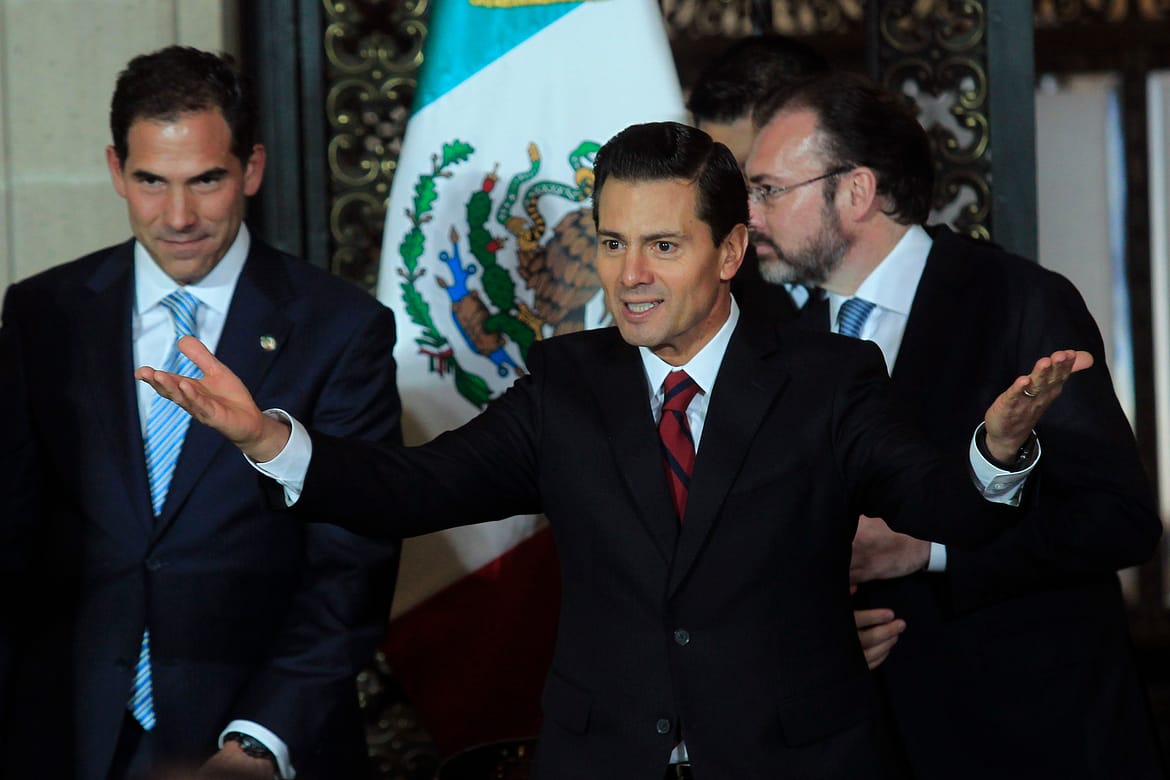 Mexico will not pay for border wall

The Mexican President has said his country will not pay for Donald Trump’s border wall to be built.

Trump has signed an order for the new wall to be built and has insisted that Mexico will have to reimburse the US.

“I regret and condemn the decision of the United States to continue construction of a wall that, for years, has divided us instead of uniting us.”

He also said his country offered “its friendship to the American people and its willingness to reach accords with their government”.

During Donald Trump’s campaign, one of his main pledges was to build a 2,000-mile wall across the Mexican border.

Trump said in an interview with ABC that Mexico would “absolutely, 100 per cent” reimburse the US for the wall.

Congress is needed to approve the structure, its estimated to cost billions of dollars.