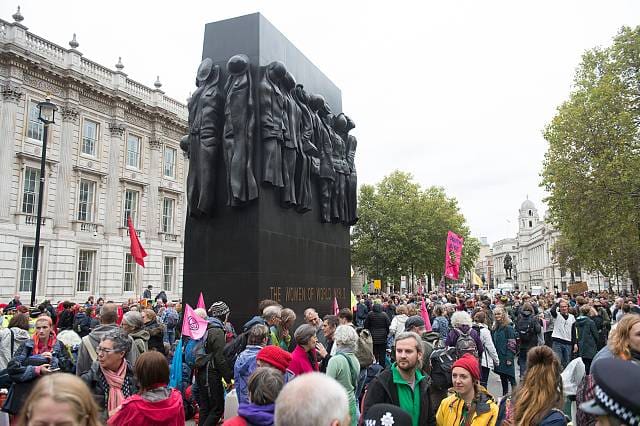 Met police asks for reinforcements to cope with Extinction Rebellion

The Metropolitan Police has asked for hundreds of reinforcement officers across the UK to help them cope with Extinction Rebellion (XR) protesters in London.

The National Police Chiefs’ Council (NPCC) said on Wednesday they will help the Met  by providing assistance from 43 forces.

They said, “Forces routinely share officers through mutual aid to ensure an appropriate police presence exists where there is increased demand for it.

“Quite rightly, the public expect their police service to make necessary arrangements to keep communities safe and ensure the welfare of all officers involved in operations.”

The Metropolitan Police commissioner Cressida Dick has said thousands of police officers are working long hours and in challenging conditions.

Dick said, “They have managed so far to secure the bridges and clear the arterial routes through London, and thereby minimise disruption.”

However, Extinction Rebellion has called on activists to “pledge non-cooperation” at the police.

XR has asked protesters to “rebels to pledge to non-cooperation at police stations should they be arrested for making a nonviolent stand for the future of their children and grandchildren.”

On Monday police arrested 319 activists, on Tuesday 261, to date over 600 have been detained.

XR are calling on the government to reduce greenhouse gas emissions to net zero by 2025.