Home Business News Majority of Omicron patients in hospital had both vaccines, with warnings to expect to be hit by a ‘big wave’ this Christmas 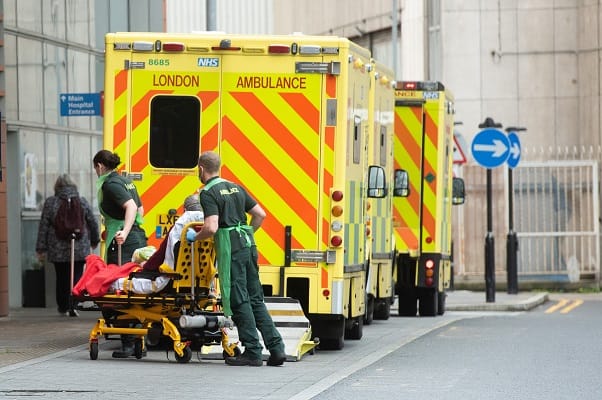 Majority of Omicron patients in hospital had both vaccines, with warnings to expect to be hit by a ‘big wave’ this Christmas

Dr Susan Hopkins the chief medical adviser for the UK Health Security Agency (UKHSA) has raised serious concerns of the impact Omicron will have on the NHS this winter.

The UKHSA has confirmed what the Prime Minister said this morning that10 people are in hospital with Omicron in England and, sadly one person has died.

It has been confirmed that the patients are spread across the UK and are aged between 18 and 85, but it is unclear what condition they are in.

Dr Hopkins said that most of the patients who are in hospital have had two vaccine doses.

The UKHSA said that it’s worth noting the majority of adults in the UK are now fully vaccinated, therefore it is not that unusual these cases in hospital have had both jabs.

Dr Hopkins said, “Hospitalisations always lag a few weeks behind infections, therefore it isn’t surprising that we have started to see people being admitted to hospital with the Omicron variant.

“Our data shows that getting the booster vaccine is more effective against this variant than two doses alone.

“Everyone over 18 is now able to walk into a vaccine centre, so do not hesitate to get yours.”

On Sunday Dr Hopkins warned that the UK is “facing a large number hospitalisations and potential deaths.”

Speaking on the BBC’s Andrew Marr programme on Sunday, the chief medical advisor was asked if she is worried the new surge of infections could overwhelm the NHS.

Dr Hopkins told Marr, “We are worried and we’re right to be worried because we don’t have enough data to narrow those predictions and those models down to the best finest detail yet, and it takes time to do that.

“I still think it will take another two weeks before we’re clear on whether the severity that South Africa have reported in some scenarios, but not in all, is going to be reflected here.

“We have to prepare for the worst and hope for the best. And I think our job is to highlight that this is a big wave.

“It’s coming straight at us.”

She added, “If we see even half the severity that we saw with Delta then we’re facing a very large number of hospitalisations and potential deaths.”