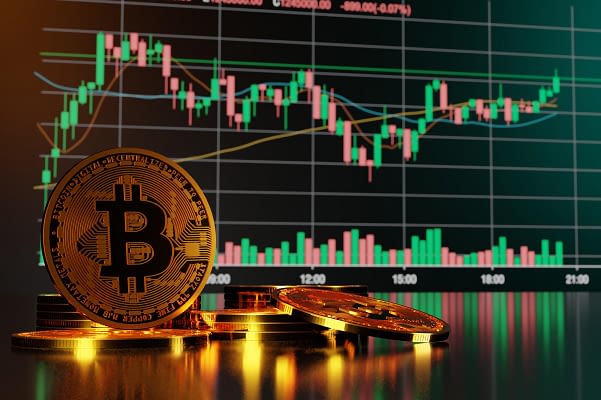 Mazars explains they have seen a steep rise in “cryptocurrency losses” written down as a primary reason for personal insolvency on reports being sent to creditors of those bankrupt.

Paul Rouse, Partner at Mazars, said, “Amateur traders can be caught out by the volatility of cryptocurrencies and in some cases they are losing more than they can afford to.”

“Cryptocurrency trading in the UK is now widespread enough that we are beginning to notice it in the files that we are receiving on individual insolvencies, six months ago we hadn’t seen any.”

“It often follows a pattern where the amateur trader is successful in their initial small trades and then starts betting bigger and bigger positions until they are caught out.”

The volatility of cryptocurrencies can be exacerbated if the amateur trading is trading on margin (i.e. leveraging their position). If the trader already has a weak financial position (such as credit card debts) then it might not take a large cryptocurrency loss to make them insolvent.

The cryptocurrency market in the UK is significant, with 2.5 million people having purchased crypto assets. Mazars explains that the simplification of trading apps has increased ease of access for buyers allowing more traders to join the market which can drive the price up until there is a market correction.

During lockdown people may have been drawn to speculate on cryptocurrency in their free time as a form of gambling-like entertainment. There is a danger that, like traditional forms of gambling, losses may quickly spiral out of control. Traders may continue to make larger bets in an attempt to regain previous losses, and this may end in debt and eventually insolvency, says Mazars.

Rouse added, “Unfortunately many people don’t have much of cushion built into their personal finances. So if they lose one or two months’ pay cheques on gambling it can cause them major problems.”

Paul Rouse adds that cryptocurrency speculation is the latest in a long line of high-risk trading that has seen retail investors get out of their depths including spot trading in FOREX, day trading in dot.com shares, CFDs and binary option trading.