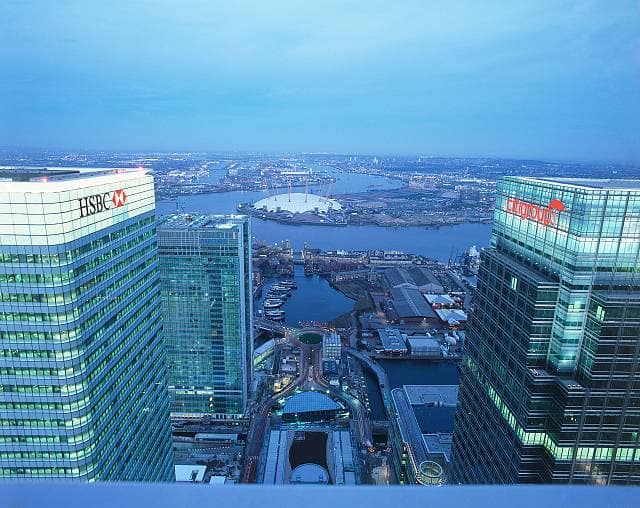 London’s position as HQ hub is far from secure

The UK is a top destination for multinational headquarters, with London and the Wider South East attracting more investment projects than other cities including New York, Singapore, Hong Kong, and Paris.

This is according to a new report by think tank Centre for London, which charts the headquarter economy in London and highlights the extent to which this relies on a skilled workforce – which could be threatened by London’s long-term affordability crisis, changing immigration rules and global reputation following Brexit.

The report, Head office: London’s rise and future as a corporate centre, found that London’s popularity as a location of choice for international head offices has intensified in the last decade. Analysing fDi Intelligence data, the report also found that:

But the UK, and London’s status as a major centre for headquarters is far from secure. Since the 2016 EU referendum the picture has been more mixed, with some businesses putting their projects on hold. The report found that:

The report found that access to talent is the number one factor for businesses searching for headquarter locations, including the availability of homegrown talent, as well as an openness to international immigrants and the free-flow of business visitors. While London currently fares well on talent and regulation, the report cautions that the city may be on the brink of less buoyant conditions.

The report therefore calls on London government to continue to lobby for an immigration policy that supports the city’s headquarter economy, and seek more regional control of immigration policy if this cannot be achieved nationally. It also calls on national government to maintain the UK’s business-friendly climate and labour laws, while spearheading improvements in skills provision and education.

To maintain its attractiveness to businesses, the report also argues that London must work to tackle its affordable housing problem and continue to invest in the UK’s transport and logistics infrastructure.

Nicolas Bosetti, research manager, Centre for London, said, “The location of multinationals’ offices has featured heavily in Brexit debates, but London must avoid the temptation to interpret every headquarters move as a consequence of Brexit.

“While many sectors are seeing a slimming down and scattering of their head office functions, London has bucked the trend.

“The headquarter economy underpins London’s standing as a global city, and it is vital that local and national decisionmakers remain focused on strengthening the city’s offer.

“The collapse of London’s HQ city status would occur in a gradual fashion but its demise would have significant consequences through the loss of jobs, investment and soft power.”

Rajesh Agrawal, deputy mayor for business, Greater London Authority said, “London is one of the best places in the world in which to live, work and build a global business. Its pre-eminent position as a capital for business, talent, culture, innovation and openness are the main reasons why so many companies choose the capital for their headquarters.

“However, the Government’s proposed immigration policy risks severely damaging London’s competitiveness. Although London will always continue to thrive, continue to be open and continue to be a leading global city, we need an immigration system in place that makes it easier not harder for people with the skills our economy needs to come and work here.”

Beth West, London Property Alliance Board member and Head of Development (London portfolio) at Landsec said, “London is where people and businesses ranging from tech start-ups to global corporations want to be. Its world-class spaces for work, exciting cultural and retail offer and fantastically productive business eco-systems, means that London continues to be the HQ City in a digital age.”

Emma Gilthorpe, executive director, expansion at Heathrow said, “We fully back the conclusions set out in this report and are ready to do our bit to keep London and the UK at the forefront of the global economy. As a vital part of our capital’s, and the UK’s transport infrastructure, Heathrow will continue to push for the increased connectivity global headquarters demand.

“With Heathrow expansion alone, we will open up to 40 new long-haul destinations and double our capacity to export and import goods. There’s more to be done yet, and we look forward to working with partners and with Government to keep London growing as a headquarter city.”

Eddie Curzon, CBI London director said, “London is one of the world’s truly global cities. From international firms and inward investment to a diverse and dynamic pool of students and workers, the Capital’s reputation as the place to live, study, work and invest is unrivalled.

“Our world-leading financial, tech and creative firms hold the key to unlocking the growth that will ensure the city remains a global business powerhouse for years to come.

“But this is no time to rest on our laurels. From Brexit to housing and a workable immigration system, there are major challenges that need to be overcome if we are to continue to provide a compelling answer to the question, ‘why London?’ With City Hall, the Government and businesses working in partnership, we are confident the solutions can be found to enable London’s star to shine brighter still.”