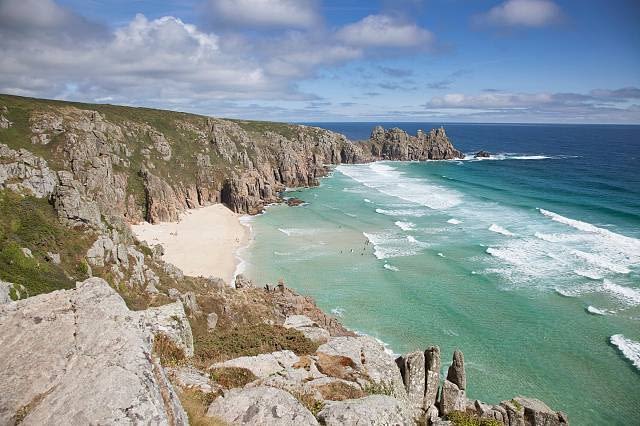 Sixty five per cent of Londoners are taking matters into their own hands and shunning holidaying abroad to supporting British tourism this Easter.

Due to the uncertainty around Brexit, the number of Londoners holidaying at home this Easter has literally doubled with 65% taking an Eastercation break compared to just 34% in 2018.

These findings have been revealed in a new holiday report issued today by Travelodge which operates 563 hotels across the UK which surveyed 1,500 British adults on their Easter holiday plans.

Topping the holiday hotspot list is Blackpool with London, Cornwall, Brighton and Devon making the top five followed by Birmingham, the Lake District, Yorkshire Dales, Aberdeen and The Scottish Highlands featured in the top ten.

Key findings revealed British holidaymakers from London will spend on average £930 on a five-day Eastercation break, discovering what makes Britain so Great!

A quarter of parents in London will split the five days over two mini breaks in order to keep their children entertained during the school holidays.

Collectively the Eastercation holiday spend will boost the British economy by £36bn with Londoners contributing £5bn towards this.

Other findings revealed that 72% of respondents in London reported that Brexit is the key reason to why they are holidaying in the UK this Easter.

However due to the uncertainly of the current economy the average amount Britons spending on their Eastercation break has dropped from £1315 in 2018 to £810 this year. Under a fifth at 18% of Londoners reported that they are holidaying abroad during the Easter holidays.

With Easter falling later this year and temperatures predicted to rise, the traditional British seaside jaunt is topping the Eastercation holiday poll with nearly a third (32%) of Londoners flocking to the coast. Top seaside locations include: Blackpool, Cornwall, Brighton, Devon and Bournemouth.

Nearly a quarter (22%), of holidaymakers from London are opting for a cultural break to discover more about our historical cities such as Birmingham, Edinburgh, Glasgow and Bath.

The UK’s rural landscape is a jewel in our national heritage and it is the third most popular Eastercation destination with the Lake District, Yorkshire Dales, Scottish Highlands, Snowdonia and the Cotswolds making the top 20 listing of top Eastercation locations.

The table below details the top 20 Eastercation destinations

Shakila Ahmed, Travelodge spokesperson said, “This research shows Britons are shunning holidaying abroad this Easter due to the uncertainty and complexity around Brexit. However this is great news for the UK hospitality sector as the Eastercation will kick start the 2019 holiday season by boosting the UK economy by £36bn.”

“At Travelodge we are experiencing the Eastercation effect and seeing a rise in bookings across our 563 hotels. Interestingly, this year more holidaymakers are breaking up their traditional Easter holiday by taking several short breaks or a single multi-location trip which includes a city and coastal break over the Easter holidays”.

Further research findings from the holiday report revealed the UK’s most extravagant Eastercationers is Londoners contributing a whopping £5bn to the UK economy. 65% of the capital will be heading off somewhere in the UK on an Easter jaunt spending on average £930 for their trip.

The second biggest contributor is Brummies who will be splurging £2.6bn in total on having a good time in the UK this Easter. Sixty one per cent of Brummies will be spending £820 on their Eastercation break.

Sheffielders take third place with 57% holidaying at home this Easter and collectively supporting the economy with total spends of £301m with an average holiday spend of £1,018.

Glaswegians take fourth with 60% taking an Eastercation and spending on average £804 on their holiday and contributing a total spend of £289m.

Completing the top five listing is residents from Leeds, with 64% of Loiners taking full advantage of the Easter holidays and spending on average £797 on their break and collectively splashing out £242m on holidaying at home.

The table below ranks Briton’s most extravagant Eastercationer: