Home Business NewsBusiness London terror attacks: Surveillance and security expert tells us what Londoners do need to think about 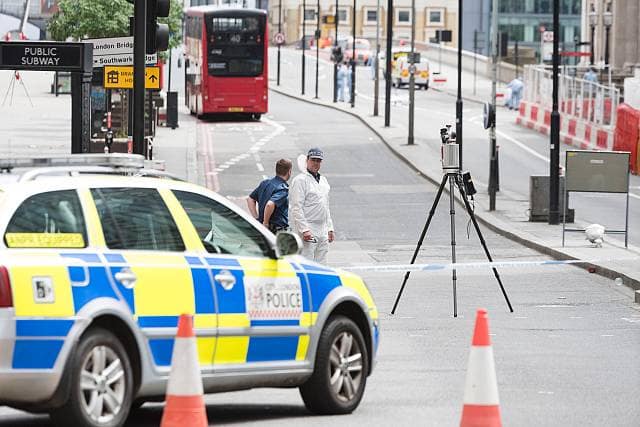 London terror attacks: Surveillance and security expert tells us what Londoners do need to think about

Do you know any of this?

Following the horrific terrorist attacks that we have experienced in the UK, the general public have no option but to be more vigilant and question everything you see.

We speak to Mike LaCorte, co-owner of Conflict International, who is a security and surveillance expert with more than 25 years’ experience whose company operates across the world.

We have been notified by the UK government and the police to follow the following procedure if you are unfortunately caught up in a terrorist attack.

However, is there anything else we as the general public can do to keep ourselves safe?

During live surveillance operations, our agents adopt a second nature of alert situational awareness. This is where agents have a heightened sense of their environment (both within their immediate area and in the peripheral). This state of alertness enables covert agents to effectively gather intelligence whilst remaining undetected.

What basic surveillance techniques could we as the general public use to make ourselves more aware of our surroundings; both immediate and further afield?

Here’s a few tips that I thought would be worthwhile taking on board. Without getting too technical, we need to free our mind space and reduce number of thoughts and processes we have during our normal routine. This will enable us to increase alertness to our surroundings.

I notice many people buried in their mobile phones, whether that’s on the train messaging, watching videos and/or even doing the same while walking through the streets of London.

Detach yourself from your phone. Keep alert and focused on your immediate environment. Vital seconds of identifying anything that’s doesn’t appear to be normal may well give you an advantage to put yourself is a safer area.

One of the most popular item stolen by scooter gangs are mobile phones, as they are easy pickings!

It is an obvious statement, however when in crowded areas like the trains, shopping centers, busy streets, keep alert constantly evaluating your immediate area until this exercise actually becomes second nature to you.

Inside restaurants, bars and closed buildings

When inside an enclosed building, always identify the primary and secondary exit route. Whether that’s the same entry door you entered and/or a back-fire escape. Identify where the security are (if any), where the potential ‘safe spots’ are.

Think through the ‘what if’s’

By thinking through these simple scenarios and mentally role playing them through ’may’ engage your brain to act quicker should you have the need to.

People watch, it is a fascinating and common trait in surveillance operators to be extremely nosey.

As of today’s date the current terror threat level remains at ‘Severe’. We as the general public will need to remain vigilant during these times. Situation awareness through surveillance – the art of watching who and what is around you, being aware of your immediate area, processing lots of information and making decisions quickly all constitute in vital skill sets of surveillance agents.

Utilising some of these skills during your normal routines will no doubt assist you in generally becoming more vigilant and aware. Stay safe London.