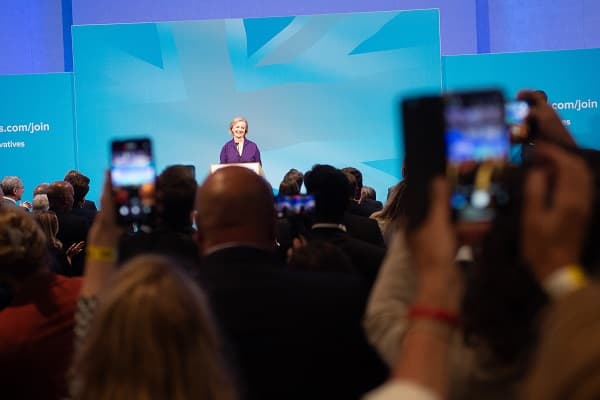 Over half (55%) of the general public disapprove of the job Truss is doing, with only 18% approving.

To rub salt into the wound, Truss’ approval rating is worse than Boris Johnson’s last numbers on 22nd June, when 27% approved vs 55% disapprove (net -28). However, it is slightly better than Johnson’s worst ever score of net -42 (22% approve vs 64% disapprove) on 12th January when the worst of the Partygate story broke.

The Chancellor has found himself in a similar position, with over half (55%) disapproving of the job Kwasi Kwarteng is doing and only 15% approving – with his net approval rating falling sharply from -10 to -40 in just one week.

By comparison, Keir Starmer has seen a big increase in his personal rating, as 38% approve of the job he is doing while 29% disapprove, giving a net score of +9 (up from -4 on 21st September 2022).

Labour has also seen a huge jump in voting intention in the last week, and the party now has a 19-point lead. Labour has 46% of the vote share (+7) while the Conservatives have dropped to 27% (-7).

Following the fall out of last week’s mini-budget, the Conservatives have lost a drastic amount of public trust, with just one in five (20%) thinking Truss and the Tories are best placed to handle the economy (-10), compared to 39% who think a Keir Starmer Labour government would be better (+10). This means a Conservative lead of 1-point has turned into a Labour lead of 19-points.

State of the economy

James Crouch, Head of Policy & Public Affairs at Opinium said, “This is the worst poll result we have shown for a Conservative prime minister since the 2010 general election.

“Liz Truss has managed to reach the depths of the poor personal ratings of both Theresa May and Boris Johnson at the end of their tenure, within weeks of taking office and within days of her government’s first major action.

“While the prime minister’s own approval ratings have plummeted, she has also contributed to the Conservative government as a whole losing its political credibility and reputation for economic competence almost overnight.

“If Liz Truss can turn it around, all of us are waiting with bated breath to see how she can.”