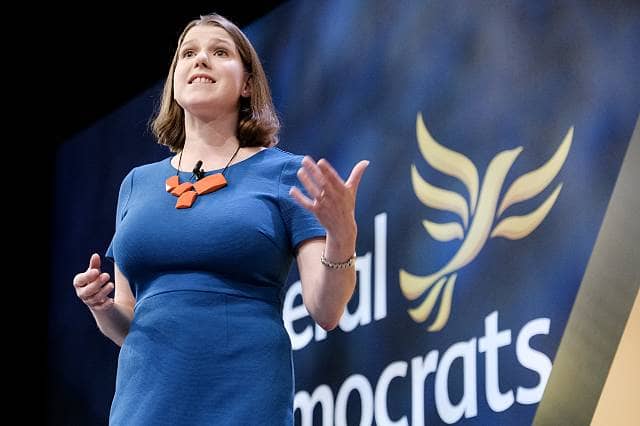 Sal Brinton the president of the Liberal Democrats has announce Jo Swinson as the new leader for the party.

Before announcing the new elected leader Brinton paid tribute to Sir Vince Cable the outgoing leader and said he is a “tirelessly campaigner” who “secured our recovery.”

Swinson paid tribute to Ed Davey the runner and said he has “huge talent” who is an Wexceptional minister.”

She said, “Ed is a huge talent for our party, he will be absolutely central to our team.”

In her speech she addressed the audience and said “I am delighted, honoured, absolutely over the moon to stand before you as the leader of the Lib Dems – and as the first woman to lead our party.

“There are those out there who think liberalism has had its day… Liberalism is alive and thriving,” she continues.

“In the face of nationalism, populism, the catastrophe of Brexit, the two old parties have failed.

“Our party has been clear on Brexit from day one.

“I will do whatever it takes to stop Brexit.”