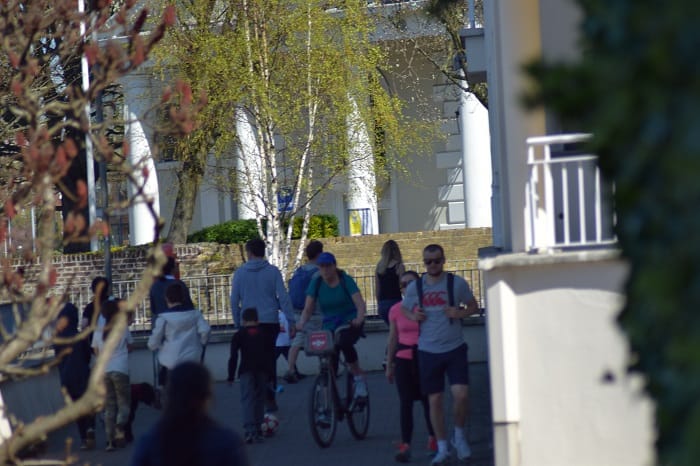 The government are considering to tighten up the current restriction laws which could see people only being allowed to leave their home for once a week, with support bubbles scrapped.

Speaking to the Telegraph newspaper, “It may be we tighten up on things like that.”

On Sunday Ministers held an emergency meeting where they discussed how the current measures are working.

They discussed enforcing tighter measures, which could have support bubbles being scrapped, the wearing of masks to be made mandatory and there could be curfews.

Former footballer Gary Neville blasted the new proposed tighter restrictions, he claimed that they could ban people leaving their home more than once a week.

Neville tweeted, “News of a stricter lockdown being introduced.

“Speculation includes only leaving your house ONCE a week and NO support bubbles at all.

“Lack of trust , no clear plan and changing instructions weekly means confidence in the message has gone and people just aren’t listening to them!

The government are also concerned over infections spreading within supermarkets, Ministers are likely to tell the chains to get tougher on customers social distancing and wearing face masks inside the stores, the Times reported.

Minister for Covid-19 Vaccine Deployment Nadhim Zahawi told BBC Radio 4’s Today programme that there was concern over the virus spreading in supermarkets.

He said, “We don’t want to use tougher measures, the lockdown is tough, schools are shut, but it is important to remember this virus loves social interactions.

“We’re reviewing all the restrictions, but these are pretty tough at the moment. I am worried about supermarkets and people actually wearing masks and following the one-way system, and making sure when it’s at capacity they wait outside the supermarket.

“I’m worried about some of the pictures I’ve seen of social interactions in parks, if you have to exercise you can go out for exercise only.”