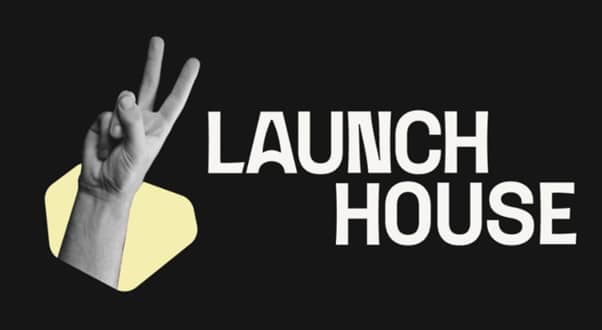 Launch House is launching into the new year with a solid pattern of innovation well established in 2021 and 2022. In March 2022, it appeared on Fast Company‘s list of the 10 Most Innovative Social Media Companies of 2022. At first glance, the mention may seem to be out of place. After all, Launch House is by no means a traditional social media company. But upon closer inspection, the award is a good fit — probably one of the tightest fits, if Launch House’s innovations in 2022 are any indication.

Redesigning the concept of social entrepreneurship

When Launch House introduced its first co-living space in 2020, it resembled many of the Silicon Valley “hacker housing” spaces that already existed. And it became more apparent during the COVID-19 pandemic that Launch House’s Mexico co-living space made a lot of sense. There, a select group of promising entrepreneurs had been invited to live and work under a shared roof. The idea behind it was to build each person’s individual ingenuity with the support of genuine and synergistic relationships with the other occupants. Ongoing rollouts of four-week residencies have demonstrated the value of the model. It’s even morphed into the Web3 area, with the community of creators, founders, and builders expanding their offerings to the online public community. In effect, Launch House redesigned social entrepreneurship.

By the time the world began to emerge from the pandemic in 2021, Launch House had transformed into a truly global community for entrepreneurs. In addition to its physical locations in New York City and Los Angeles, the company expanded into the digital realm through its partnership with Gather, a virtual work space backed by Sequoia Capital. This partnership allowed Launch House members from around the world to connect and access valuable educational resources, all within the virtual hallways of a virtual university.

The expansion into both physical and digital spaces has contributed to the success of many Launch House members. For example, Alex Masmej used the platform to launch Showtime, a highly successful non-fungible token social network. But Launch House’s reach has also made it more accessible to a wider range of founders. In an effort to reduce barriers to entry and increase diversity within the community, the company has waived its right to equity in members’ startups and created a grant program to reduce costs for founders from underrepresented communities.

This focus on inclusivity and accessibility has helped Launch House become a truly diverse and global community of entrepreneurs. And with its combination of physical and digital offerings, the company is well positioned to support the success of its members no matter where they’re located. From the bustling streets of New York City to the virtual corridors of Gather, Launch House is building a network of connections and resources that is helping founders turn their ideas into reality.

2022 was a banner year for Launch House, with a number of significant achievements and innovations. In addition to securing $3 million in seed funding earlier in the year, the company closed a successful $12 million Series A round and announced the launch of its venture arm, House Capital, which is backed by a multimillion-dollar fund.

This year has also seen the launch of Homescreen, a digital newsletter geared toward entrepreneurs. In just a few short months, Homescreen has already amassed an impressive subscriber base of over 18,000. It’ll be interesting to see what the future holds for Launch House as it continues to grow and evolve throughout the new year.