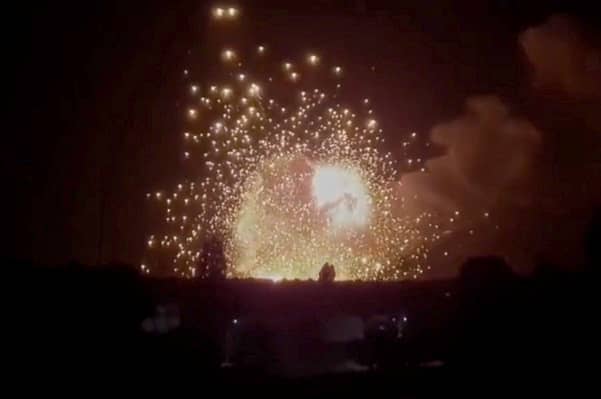 Speaking on CBS news President Joe Biden gave Vladimir Putin a warning that if he uses chemical or tactical nuclear weapons then this will “change the face of the war unlike anything since World War Two.”

President Biden was asked what his message is to the Russian leader if he were to use such weapons.

Biden said, “don’t, don’t, don’t” adding that such an action would “change the face of war unlike anything since World War Two”.

The Kremlin’s spokesman Dmitry Peskov said that if any country were to threaten the “existence” of Russia or if they face an “aggression” then they will strike back.

At the start of the war in February Putin gave a veiled warning that who ever tries to stand in Russia’s way Moscow will “respond immediately” and the “consequences will be such as you have never seen in your entire history.”

In a speech Putin warned, “No matter who tries to stand in our way or… create threats for our country and our people, they must know that Russia will respond immediately, and the consequences will be such as you have never seen in your entire history.”

The US President Joe Biden has given Putin a very clear warning that there will be dire consequences should the Russian tyrant resort to such measures.

Peskov told reporters, Russia’s nuclear doctrine states very firmly that the use of nuclear weapons might follow “an aggression against Russia or its ally with the use of mass destruction weapons” or if the country faced aggression “when the very existence of the state is under threat.”

Essentially should Putin use chemical or tactical nuclear weapons in Ukraine it is most likely that NATO would strike by as this could be deemed as an act of war on the alliance.

Should the West or NATO strike back then following Peskov’s comments and what their doctrine says there could be a dramatic turning point in the war.

However it is highly unlikely Putin would order such a strike as Peter Rutland, professor of Russian, East European and Eurasian Studies, at Wesleyan University, Connecticut correctly pointed out, “A nuclear strike would have a shock effect but it is unlikely to deter Ukraine, and it would merely serve to unify the West and cause Russian allies like China to back away.”

In a meeting with CBS news President Biden was asked what response will there be from the US if Putin uses tactical nuclear weapons.

“Depending on the extent of what they do will determine what response would occur.

“It’ll be consequential [Russia] will become more of a pariah in the world than they ever have been. And depending on the extent of what they do will determine what response would occur.”