Home Business NewsBusiness Keeping it in the family: A look at the growing number of footballers represented by their families 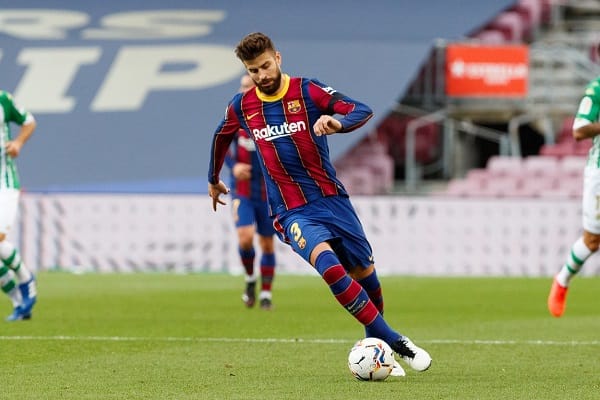 Keeping it in the family: A look at the growing number of footballers represented by their families

So many football tales involving the best players in the world and their rise to the top have one common theme: they are predominantly rags to riches stories. At the very least, it’s extremely rare to find footballers that are born into the money they are now earning. You only need to look at the examples of Cristiano Ronaldo who grew up in Santo Antonio, one of the most deprived areas of Funchal in Portugal, or Lionel Messi whose family barely made ends meet due to Argentina’s ravaged economy in the 1990s.

These days, the struggle and uncertainty of those formative years are a distant memory. The backbreaking years of sacrifice and commitment have paid off as they have millions rolling in. In a growing trend amongst footballers who make it to the top to enjoy these untold financial rewards, they are now choosing their family members to represent them as agents. Indeed, there is a strong movement away from employing industry professionals to look after their business and instead, handing over that responsibility to a loved one.

From a distance, it can look like a setup that is fraught with potential complications but if we were to put any current cynicism to one side for a moment, one would have to agree that in theory, a family member should put a player’s best interests above that of an outside agent.

Indeed, family members have even been known to drive harder bargains than that of cautious agents. Take Callum Hudson-Odoi’s contract negotiations with Chelsea in 2019 for instance. The younger Chelsea starlet was represented by his father Bismark Odoi, who managed to increase his son’s salary by 400% to £120,000 per week. That was a life-changing deal that secured the financial future of both father and son.

Some may ask whether it was in the best long-term interests of the player given that the Betsson Premier League odds show Chelsea at 1000/1 to win the Premier League. What’s more, Bayern Munich were ready to hand the Londoner a contract, albeit not the size of Chelsea’s one, but if he had taken it, he would already be a Champions League winner.

In defence of perhaps hasty decisions like that, you can certainly see the reasoning behind the actions of a player like Hudson-Odoi and the desire to include those closest to them in any lucrative deals. Indeed, it is a nod to those who have given up an extraordinary amount in order for them to achieve their dreams. A case of sharing the wealth, if you will.

Hudson-Odoi is one of many Premier League players represented by family. Other high-profile names include Marcus Rashford, Trent Alexander-Arnold, Christian Pulisic, Juan Mata, and İlkay Gündoğan.

In Gündoğan’s case, he was represented by his uncle Ilhan Gündogan before joining talent and commercial management agency KIN Partners in 2020. One of the stipulations for the midfielder joining the agency was that his uncle, Ilhan, was given a senior management role in the company.

It really was a win-win situation in every sense of the word as the uncle and nephew duo had already negotiated a new contract at Manchester City the year before. This resulted in the player increasing his annual wage to £7.28 million over the following four years. At 30 years old, this was in all likelihood the last lucrative contract that Gündogan would enjoy so it’s no coincidence that he insisted on his uncle being given employment as the clock ticks down on his career.

It’s not just the Premier League where families take care of their own. Lionel Messi’s father Jorge, who is his agent, is said to have earned over £75 million in fees from the player’s career. Incidentally, Jorge became somewhat of a celebrity whilst Messi was pushing for a move to Manchester City. Journalists followed his every move and even reported what he was having for lunch during crisis talks with Barcelona.

The highlights of the Lionel Messi transfer saga will definitely be Gary Cotterill revealing what Jorge Messi had for lunch! 🤣 🍝 pic.twitter.com/XYi1Xykawk

In terms of fathers who have a vested interest in their son’s career, it is a similar story for PSG’s Neymar, whose father Neymar Sr. has been managing the player’s portfolio his entire career. It’s estimated that Neymar Sr has earned over £100 million in commissions over the course of the Brazilian’s time as a professional.

It’s not always fathers that have a controlling say, in some instances, it is a new spouse.

Argentinian Mauro Icardi made his wife, Wanda Nara, his agent after firing his long-term advisor of ten years and replacing him with the supermodel. Icardi’s decision came just after Nara had divorced his ex-teammate Maxi Lopez and married him. Needless to say, out of all the seemingly strange and bizarre relationships between players and their families, this is probably the one to watch out for most.

With that said and aside from Icardi’s curious love triangle, keeping it in the family seems to be the new normal these days with most partnerships proving mutually beneficial.