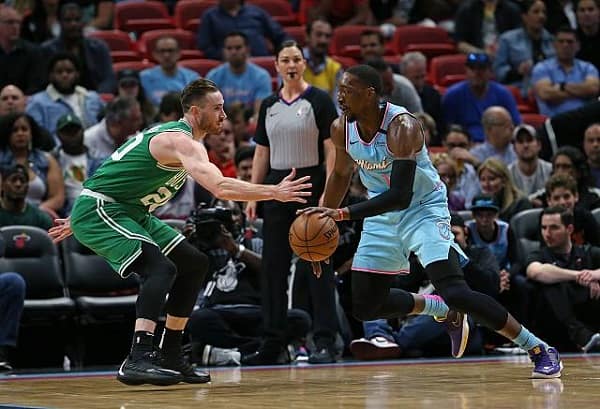 Just wait until Khris Middleton comes back for the Milwaukee bucks

The Milwaukee Bucks are currently the best team in the NBA to start the 2022-2023 NBA regular season. Milwaukee has been playing without their second-best player in Khris Middleton, at the current moment, who is injured. Middleton should be back within the next couple of weeks.

Milwaukee has unfinished business this season because they lost to the Boston Celtics in seven games in the second round of the NBA playoffs last season. The Bucks won the NBA title the previous season. NBA picks and parlays for the Milwaukee Bucks when Khris Middleton comes back will be intriguing. Why will they be even more dangerous when he returns?

Giannis Antetokounmpo has been carrying the load on this basketball team without Khris Middleton, but he always does anyways. Antetokounmpo might be the front-runner for the 2022-2023 NBA MVP at the current moment, along with Luka Doncic. Khris Middleton is a very good scorer and can create his own shot off the dribble.

When he returns, Khris Middleton is going to be usually scoring 20-25 points every single night for the Milwaukee Bucks. Every now and then, he will explode for a 30-40 points game if Giannis Antetokounmpo or Jrue Holiday has an off night in terms of performance or if they need to rest for a game.

A couple of years ago in the Eastern Conference Finals, Khris Middleton stepped up big time when Giannis Antetokounmpo was injured for a couple of games. Middleton missed time in the playoffs last season due to injury, and they missed him.

The best team in the NBA

The Milwaukee Bucks have yet to lose a game this season, and this is without their second-best player. Everyone is like, oh, just wait until Khris Middleton comes back. They will be even more unstoppable. Everyone has stepped up for Milwaukee, and that includes Brook Lopez and Bobby Portis.

This team is on pace to potentially win 65 games this season. Milwaukee will probably be the number-one seed in the Eastern Conference this season. The Bucks were the number one seeds during the 2018-2019 and 2019-2020 seasons but didn’t win it all either season.

Khris Middleton makes them potentially the overwhelming favorites to win the NBA Finals this season. They just ran out of gas last season without him playing. Giannis Antetokounmpo looked gas, and even the great players can run out of fuel because they’re human.

If this is the starting lineup that is winning games for them now, Khris Middleton will be coming in for Carter at the shooting guard position, most likely. Grayson Allen will most likely stay in his spot. Having Joe Ingles and Bobby Portis Jr. off the bench for Milwaukee is a bonus for this basketball team because they are 8-9-10 deep, and don’t also forget about Pat Connaughton.

They are dealing with injuries right now, and this is just a testament to the culture the Milwaukee Bucks have, and it all starts with their leader Giannis Antetokounmpo. Khris Middleton will just make this basketball team even better when it is all said and done. The Eastern Conference will not be easy to go through, and also have one of the best starting fives in the NBA when all healthy.

When Khris Middleton is healthy, there is going to be no need for them to load manage him when he returns. Middleton is going to have fresh legs because he hasn’t played in quite some time for the Milwaukee Bucks. He is also a very underrated player on the defensive end of the floor. It will be very interesting to see what happens when this all comes to fruition.