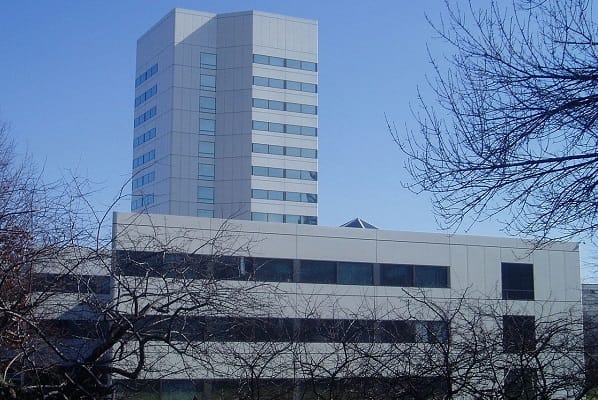 Johnson & Johnson the giant drug company has been ordered to pay $572m by a US judge in Oklahoma, over their part in fuelling an opioid addiction crisis.

According to the US Centers for Disease Control and Prevention almost 400,000 overdose deaths involving opioids from 1999 to 2017.

Around 6,000 people have died from opioid overdoses since 2000 in Oklahoma, state lawyers said.

Thousands of lawsuits have been filed against opioid drug companies and distributors, this was the first case to go to trial.

Judge Thad Balkman, of Cleveland County District Court in Norman, Oklahoma said in his ruling, “Those actions compromised the health and safety of thousands of Oklahomans.

“The opioid crisis is an imminent danger and menace to Oklahomans.”

The state Attorney General, Mike Hunter who bought the case said after the ruling, “Johnson & Johnson will finally be held accountable for thousands of deaths and addictions caused by their actions.

“There’s no question in my mind that these companies knew what was going on at the highest level, they just couldn’t quit making money from it and that’s why they’re responsible.”

Johnson & Johnson immediately after the judgement said they will appeal. They said since 2008 their painkillers account for less than 1% of the US market.

The company said in a statement, “The decision in this case is flawed. The State failed to present evidence that the company’s products or actions caused a public nuisance in Oklahoma.

“This judgement is a misapplication of public nuisance law that has already been rejected by judges in other states.”

Sabrina Strong, the lawyer for Johnson & Johnson said, “We have sympathy for all who suffer from substance abuse, but Johnson & Johnson did not cause the opioid abuse crisis here in Oklahoma, or anywhere in this country.

“We do not believe that the facts or the law supports the decision today. We have many strong grounds for appeal, and we intend to pursue those vigorously.”

The $572m fine is far lower than expected as Jared Holz, healthcare strategist for financial services company Jefferies said, “The expectation was this was going to be a $1.5bn to $2bn fine, and $572m is a much lower number than had been feared.”