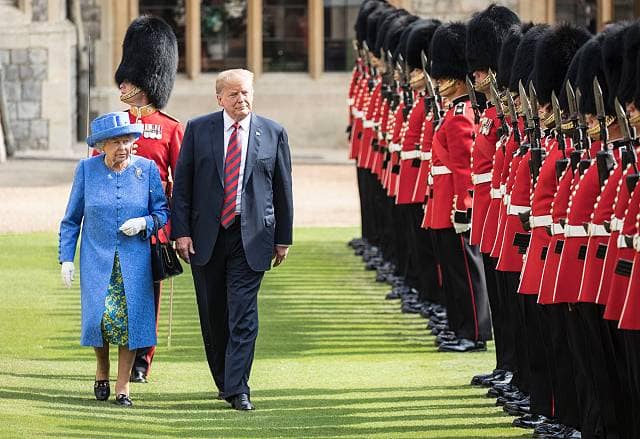 John Bercow under pressure for Donald Trump to address Parliament

John Bercow, the speaker of the house of Commons has been urged to allow President Donald Trump to address Parliament when he visits the UK this summer.

Speculation is mounting that President Trump will travel to the UK in June, this will coincide with the 75th anniversary of D-Day.

“As we pay tribute to a generation of brave veterans who sacrificed their lives to defend our values, we can reaffirm our commitment to step forward with our closest of allies and most crucially the US to defend those same values once again under threat.

“The special relationship matters. It is greater than any one individual, however controversial.

“So, we should leverage the US President’s state visit, including the opportunity to formally address Parliament.”

Trump has not yet made a state visit to the UK, and only two Presidents of the White House were treated to a full state visit during the Queen’s reign, George W Bush in 2003 and Barack Obama in May 2011.

Lord West, the former Navy chief told the Telegraph, it would be an “absolute disgrace” if Bercow does not allow Trump to address Parliament.

Lord West said, “The US and Britain saved Europe from a very dark time in its history and without America we would not have beaten the Nazis.

“Many Americans gave their lives on D-Day and beyond, and it would be disgraceful not to allow President Trump to speak.

“He is the elected US president, he is representing the US in that context, they are a key part of Nato and our most important ally.”