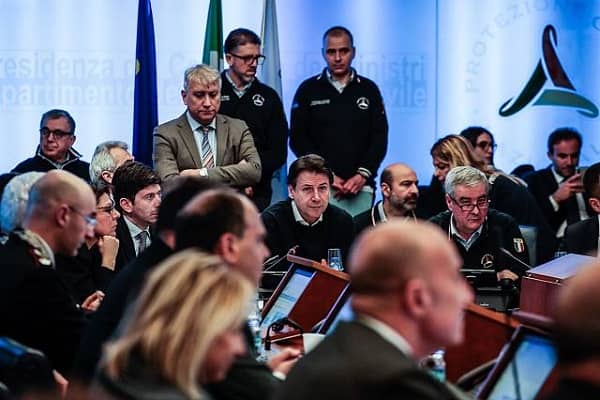 The Italian Prime Minister Giuseppe Conte, has announced that food vouchers will be issued to citizens amid calls for a “revolution” with fears the “Mafia” will “exploit the situation.”

Conte said that €4.3bn will now be issued as citizens in the south of Italy are out of money and food. Mayors across the country will be given a further €4oom towards a food relief fund.

Conte said, “We know that many suffer, but the state is there.”

La Repubblica reported that a person shouted at cashiers in a supermarket in Palermo, “We have no money to pay, we have to eat.”

Most Italian citizens have been forced to turn to charities, saying, “We have nothing to eat.”

La Stampa reported that 300,000 people in Sicily were working off the books, and “these must be added to the new poor,” the newspaper said.

Leoluca Orlando, the mayor of Palermo, warned if nothing is done in Italy the “Mafia will exploit the situation.”

The Mayor told Sky News, “Discomfort and malaise are growing, and we are recording worrying reports of protest and anger that is being exploited by criminals who want to destabilise the system.

“The more time passes the more resources are exhausted.

“The few savings people have are running out.”

Orlando added, “This tells us socio-economic issues will erupt.”

Italians are reaching boiling point and are fast becoming restless during the coronavirus lockdown, and are calling for a “revolution.”

Due to money shortages and food shortages from Italian citizens being in lock down for two weeks, people are organising raids on supermarkets across the country.

Thousands of Italians have lost their livelihoods and have food shortages at home. One father in Palermo said they have very little food and his daughter is reduced to eating just bread.

In a video addressed to the Italian Prime Minister, Conte it says, “It’s already 15 to 20 days that we’ve been inside.

“We’re at our limit.

“Like my daughter, other children in a few days won’t be able to eat this bit of bread.

“Rest assured, you will regret this because we’re going to have a revolution.”