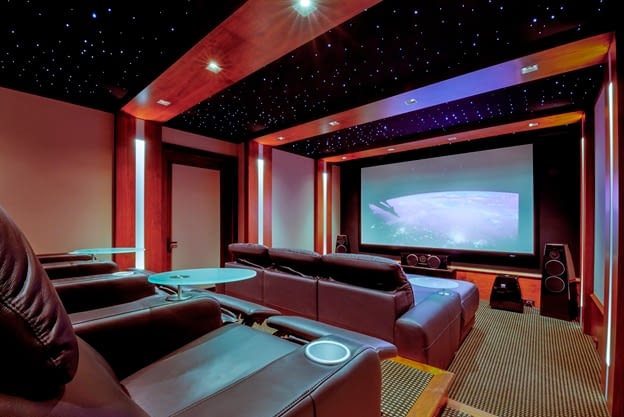 Imax set a new box-office revenue record in China during the Lunar New Year weekend. According to the research data analyzed and published by Stock Apps, the gross revenue between February 12, 2021 (Friday) and February 14, 2021 (Sunday) reached $25 million. Compared to a similar period in 2019 (pre-pandemic), that was an increase of 45%.

Detective Chinatown 3 was the highest grossing film during the period. The comedy-adventure movie, whose launch was postponed from Lunar New Year 2020, raked in 152 million RMB ($23.5 million). Based on the report, this was the best result Imax has ever posted for a Chinese film.

The other two movies contributing to the total were New Gods: Nezha Reborn, which grossed $1 million and A Writer’s Odyssey with $500,000.

On Friday, February 12, 2021, Imax saw admissions into theatres surpass 1 million, marking the best single-day attendance in history. Notably, a majority of theatres in the country are limited to 75% capacity while some have a 50% limitation.

According to Riley Securities analysis, Imax China stock could soar as high as $28 within the coming 12 months.

Imax shares were not alone in posting massive surges, as Alibaba Pictures group was also up by 34.6% at the day’s close. For Maoyan Entertainment, an increase of 24.5% pushed the share price to a record of 19.30 Hong Kong dollars ($2.49), before closing up by 9.6%.

Detective Chinatown was not only the top-grossing film for Imax but it also made history in more ways than one. It became both the biggest opener in the history of China’s box-office and captured the title of biggest opening weekend in a single market.

The movie grossed an estimated 2.57 billion RMB ($398 million). The figure surpassed that of Avengers: Endgame’s 2019 five-day debut in the same market, which grossed 2.22 billion RMB. Moreover, it was higher than Endgame’s April 2019 North American launch, which grossed $357 million.

For the overall Chinese movie market, the first day of the Year of the Ox, February 12, 2021, saw a total of 1.7 million yuan ($263 million) in box office revenue. According to China Film Association, there were close to 34 million movie goers on that day alone. The day’s revenue broke the global single-day box office record for a single market  and set a new record for China’s daily box office revenue.

Overall, China’s box office revenue for the period reached 10 billion yuan ($1.55 billion) by February 16, 2021 according to ticketing platform Dengta. The figure set a new record and was close to double the pre-pandemic record of 5.9 billion yuan set in 2019.

In 2020, theatres remained closed during the Lunar New Year 2020 holiday season as a result of the pandemic. During the first nine months of the year, Imax posted a revenue decline of 74% YoY. The company is set to report the fourth quarter and full-year 2020 results in March 2021.

On the other hand, the global box office market posted a 71% YoY decline in movie ticket sales in 2020 according to Comscore and Gower Street data. Worldwide ticket sales during the year amounted to $12.4 billion compared to $42.5 billion in 2019.

During the period, Asia Pacific sales accounted for 51% of the worldwide tally, compared to 41% in 2019. Comparatively, the US and Canada contributed only 18%, almost half the 30% recorded in 2019.

Though China’s 2020 industry total was 68.2% lower than 2019 revenue, it made China the top box-office market for the first time in history.

While 93% of screens are already operational in China, only an estimated 44% are open in North America.