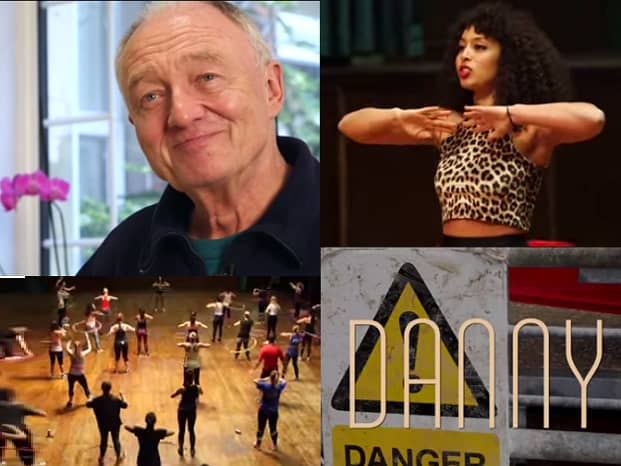 The first in our series from the 1000 Londoners project

A couple of weeks back, we stumbled upon a really lovely project whose aim is to tell the story of the lives of Londoners from all walks of life.

The aptly named 1000 Londoners introduces one Londoner’s story a day, though a beautifully shot video, once a week for five years.

This moving, inspiring and insightful project introduces us to the lives of everyone from X Factor winner and pop superstar Alexandra Burke, to Sara, a Spanish Big Issue vendor who has overcome a battle against heroin addiction and hopes to again work as a ventriloquist and comedy artist.

The videos are the work of social enterprise video production company Chocolate Films Ltd, and we’ll be bringing you a selection of some of the ones they’re proudest of in a regular series.

So watch this space! And watch the ones below now…

Find out more about the project: www.1000londoners.com or @1000_Londoners  or facebook.com/1000Londoners.

KEN is 61-70 from Brent and is a former mayor of London, former MP and house husband

Ken Livingstone has been central to London politics for the best part of four decades. However, since the last mayoral election he has largely retired from public life. What is he doing now?

This new short film is a portrait of the former mayor in his retirement. It is filmed at his family home in North London where he tends to his garden, planting wild strawberries. Now a self-confessed house husband, Ken spends much of time time looking after his children and caring for his neighbours with politics taking up a much smaller part of his life.

In the course of the documentary, he reflects on his relationship with Tony Blair (“we just don’t talk about the war”), the state of the city now, and the impact that his generation had on London.

MARAWA is 31-40 from Hackney and is a cabaret artiste

Marawa is the UK’s most prominent hula-hooper. With a Somali/Australian background, she is now settled in Hackney and forging a career in burlesque and cabaret. When she was on Britain’s Got Talent, Simon Cowell told her that she would be booked forever, but she’s got a bigger ambitions – to be a hula-hooping tycoon.

Danny works for Thames Water in the murky world of London’s sewers. He spends his days inspecting subterranean London, clearing colossal fatbergs out of the Victorian Sewers and making sure Londoners can carry on their lives without worrying about what’s below their feet. For him though, that’s just another day at the office.

Martin, with his business partner Philip, runs the last remaining cloth merchants in Spitalfields, East End, which used to be the centre of the cloth trade in London. Their business was recently burned to the ground and they thought it was lost forever. Recently they have garnered a lot of local support and have now rebuilt their business back from the ashes.

Find out more about the project: www.1000londoners.com or @1000_Londoners  or facebook.com/1000Londoners

10 highest paid DJs in the world

It’s fair to say they are minted.

The answer is no.

Battersea Power Station’s chimneys are coming down. We look at the power station through the ages

Battersea Power Station is being torn down.