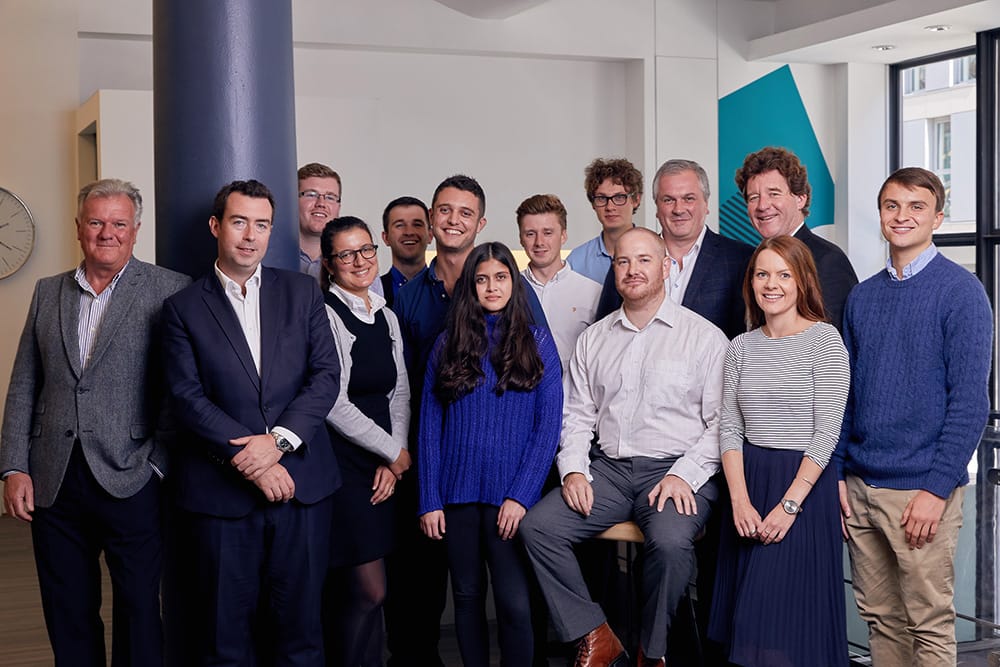 How Tootle plans to streamline the second-hand car market

Tootle aims to re-balance the relationship between car owners and professional car buyers, ensuring consumers get the best possible price for their used vehicle. Unlike a private sale, Tootle ensures consumers are dealing with legit professionals, who are thoroughly vetted before being able to bid for and purchase vehicles via our digital platform.

We boast a competitive selling time, from listing a vehicle to accepting an offer, of just four days. This is enhanced by the recent launch of our new car buying aggregator tool, which provides the consumer or car seller with a list of all interested buyers and bids within a matter of minutes.

The entire process happens online, so sellers won’t be bombarded by dealers calling and will only be contacted once an offer has been made. In 9/10 cases, the vehicle is also collected by the dealer from the consumer’s home.4

This demonstrated by the fact over 8.1 million used cars were sold in the UK during 2017 alone, being the second highest total on record. As the interest in used cars grows, vehicles may hold more value and sellers could achieve a greater return when selling via platforms such as Tootle. That said, we aim to become a leading name within the industry through offering a fast, efficient and transparent way to sell vehicles.

As a tech platform, Tootle is also extremely adaptable to market changes. Our current dealer network is vast and comprises of thousands of independent dealers, motor groups and auction houses, which means we can quickly respond to how consumers are buying and selling their cars. Ultimately, Tootle aims to continue to champion the consumers and will dominate the digital car selling space.

Tootle generates revenue by charging a sourcing fee to the Dealers from each successful purchase made from a seller who has used the Tootle platform. The fee for each car is clearly displayed when the Dealer makes an offer for it, so everything is completely transparent, without affecting the cost to the consumer.

Tootle has received investment from a range of high net worth individuals and institutions.

I think one of the most important things to consider is to think about any investor for the long-term. Ask yourself who is investing the money? Can they support the business through a short and long-term timeframe? And, ultimately, will they work well with you on a personal basis.

I would also advise Entrepreneurs to take into account how long a Funding Round can take, together with the level of associated costs.

Stick to your founding principles and solve an existing market problem: Tootle was launched as a way for people to sell their car in a completely free to use setup, with no catches and no fees. It provides a positive solution for both sellers and dealers, where the consumer receives a fair price for their vehicle, the dealer is able to select new stock at affordable costs.

Tootle was the first digital platform of its kind to launch in the automotive sector, and to date we have been extremely aggressive in our growth strategy. This has enabled us to form strong relationships with industry groups and representatives, whilst reaching out directly to consumers. For both users, Tootle transforms the process of selling second hand vehicles at little to no cost.

As a digital platform, we are data focused and view all metrics surrounding onsite traffic and engagement on a daily basis to understand user journey, whilst measuring the impact of the platform through stats like vehicle selling time and vehicle cost.

We have a dedicated tech team who are constantly reviewing the user journey, whilst looking at new ways in which we can advance our traffic. This has been key to increasing consumer engagement and accelerating growth month on month.

One of our biggest challenges as a business has been sourcing and retaining the right team members who believe in the vision of Tootle and fully support our growth projections. Entrepreneurial businesses or start-ups are not for everyone and you need employees who have well rounded skills, are self-starters and not just focused on get rich quick opportunities. We now have an excellent team in place who will be instrumental in the continued success of the firm.

This continues from the previous question. I think many Entrepreneurs and Business Owners can make mistakes with recruitment decisions. Through this process, it’s important to trust initial instincts, and if a new hire doesn’t appear to be the right fit for the team, they aren’t likely to be within 1 month, 3 months or 6. Hanging on too long to the wrong people in a business can be destructive.

For Tootle, the next 12 months will see a significant increase in consumers using the platform, as more and more people see the benefit of using a digital tool to engage directly with and sell their second hand vehicle to pre-vetted car dealers. We also have a number of exciting developments and partnerships in the pipeline, which will significantly expand our reach whilst benefitting the consumer.

What’s more, our recent research has shown that more and more people are reducing the time period in which they keep their vehicles for, whether purchased outright or via PCP agreements. I think this trend will continue over the coming years, particularly as the concept of the subscription model is introduced.

Finally, the growth in electrical vehicles will be key over the coming years as more car manufacturers develop and release new models.

Which London start-ups are you watching, and why?

There are a number of exciting tech start-ups based on London. A key example is Labrador, which utilises tech to enable consumers to save money by reviewing and switching energy suppliers.

Which cars are best-selling on your portal?

Popular cars on the Tootle platform are often reliable mid-range cars such as Ford Focus, Ford Fiesta and Volkswagen Golf. Surprisingly though, while demand for new diesel cars is slumping, the used figures for diesel cars is vastly different and they are regularly among our best sellers despite uncertainly over diesel policies.

Car manufacturing is dropping, what are your thoughts on it?

This is simply because there is a drop in UK & overseas consumer demand from an all time high demand. Uncertainty over Brexit is certainly not helping consumers make big ticket purchases like cars.  The used car selling business is bigger than ever and people have a lot more faith in the used cars they are buying and selling.

How has Brexit affected the car industry?

Brexit means that the number of imported and exported vehicles could reduce, especially if a no trade deal is agreed between the UK and EU. With levies as high as 10%, this could force manufacturers to increase prices or drastically cut production costs.

Due to this, there is also an uncertainty over whether many manufacturing plants in the UK will remain open, which puts thousands of British jobs at risk. Car companies had initially placed manufacturing plants in the UK due to the ease in which to hit European markets but a departure from the EU means that they are having to rethink their future.

Has Brexit made you tweak your business plans?

In short, no. We don’t know the outcome yet.

Although the automotive industry is very worried on the concept of a ‘No Deal’, due to the impact it could potentially have on the supply chain, it’s important to remain solution-focused. Consumers will always need cars so we will always have a business.

What are yourthoughts on driverless cars? Can they take over the UK market?

In theory, the concept of a driverless vehicle is extremely positive, particularly when you review forecast statistics around reductions in road traffic accidents. In reality, however, driverless vehicles would take a long time to introduce on a mass scale and are more likely to penetrate niche areas, such as delivery or taxi vehicles, before they are purchased and trusted by the consumer.