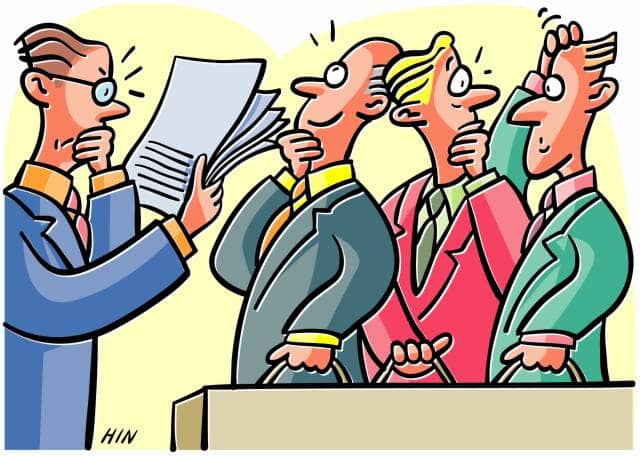 How to deal with unusual job interview questions

Interviews can be intimidating; here are five killer ways to breeze through a job interview:

Lee McQueen, 2008 BBC Apprentice winner, founder, Raw Talent Academy: “You need to make a judgement on what is appropriate in the situation. Ultimately asking for a minute  to compose an answer isn’t going to go against you, but  reacting quickly and miss-judging the situation could.”

2. Think before taking the plunge

Claire Young, 2008 BBC Apprentice finalist and founder of School Speakers: “My advice would be is listen to your instinct. You may not know the exact situation from previous experience but draw on gut feel. Take your time – give yourself a few seconds to think before taking the plunge – and most importantly keep things in perspective. No one is trying to ‘catch you out’ and people want you to succeed! “

3. Accept you do not know everything

Claude Littner, BBC Apprentice interviewer: “If you are asked a question that you have absolutely no idea about, then say so. In business it is better to play to your strengths and accept that you cannot know everything. If you might be expected to know the answer, take a moment to think, but if you just cannot come up with anything sensible, then my advice is to just be straight and say so, whilst asking politely for the answer. In such situations, body language and the way in which you manage the unanswered question will be important.”

Edwin Morgan, a spokesperson for the Institute of Directors: “Candidates should not be intimidated by off-the-wall questions, as it’s vital to stand out and make an impression in a competitive jobs market. We can imagine that Ferris Bueller would be the kind of candidate who would respond well to a test of ingenuity, but we obviously wouldn’t advise other young people to take such a relaxed attitude to their studies.”

Jonathan Black, director of the careers service & internship office at the University of Oxford: ” My advice would be to enter into the spirit of the question; the interviewer is clearly trying to find out if the candidate is someone they could work with using this somewhat tongue in cheek question. It’s not about that specific film, it’s about having clear views about what they like and don’t like and being able to defend their answer.”

Why does Jar Jar Binks ruin the enjoyment of Star Wars?

Labour MP for Walthamstow Stella Creasy advertised for an administrative assistant. She said an understanding of why Jar Jar Binks ruins the enjoyment of Star Wars would be beneficial. She also advertised a job for a caseworker and said it would be helpful if you have a willingness to discuss at length why Ferris Bueller’s Day Off is one of the best films of all time.

How does the world benefit from you being alive?

Stuart Baggs, who reached the interview stage of the BBC Apprentice in 2010, tweeted, ” Unconventional questions are critical to see how people react when in new territory. A test of real metal. The best question I got was how does the World benefit from you being alive”.

What would you do if you see fairies at the bottom of your garden?

Michelle Kurland, who has been an executive producer of the Apprentice, said, “ I discovered this is a genuine question thrown at the interviewee in the middle of the interview to see if they capable of lateral thinking on the spot and under pressure.”

Tell us about a time when you had to fight for something?

Janice Capewell, spokeswoman for advertising agency Leo Burnett said that this was a question on the current application form: “ We ask some questions that we know will pull out people that we would like to work with, ” she said.

When was the last time you were astounded?

The apocalypse is nigh and you have been tasked with creating a new world order. Choose four people to help you do this and tell us why have you chosen them?

What would you invent?

Show us you’re no show-off

Enough’s enough: even IoD members are worried about excessive salaries

Everything you need to know about Tesco’s new chairman, in one minute

These are the five best business books of the year

Dear Tesco, here’s where you ballsed up (and how to fix up)