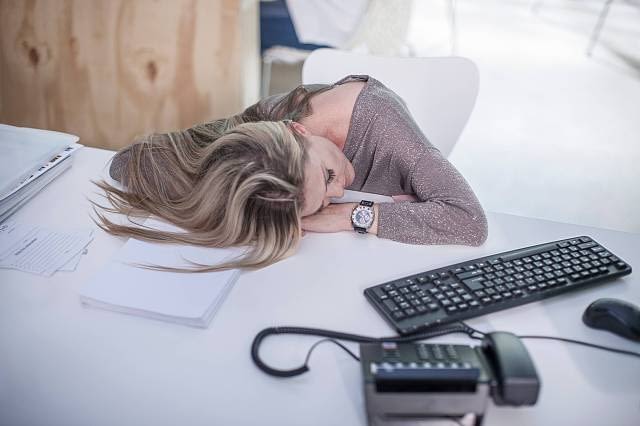 How to avoid the January blues in your workplace

And boost employee motivation and productivity

According to recent reports by Instant Offices, it’s the cold, dark, and dreary winter months, particularly January, that tend to be the least productive period for employees. Here are some tips on how to boost employee motivation and productivity during the seasonal dip in team morale.

Research shows that January can be a difficult month for employees returning to work, with the excessive spending and overindulgence of the holidays coupled with the general dreariness of the season to blame for the ‘January blues.’  Recovering from the excess of the party season can raise one’s tension, stress levels and blood pressure.

According to a survey by Glassdoor, January also happens to be the month employees are most likely to think about changing jobs, with almost 18 per cent citing this as being the most popular month to make a move.

What’s more, Britain has been suffering from low productivity since the financial crisis of 2008, leaving a productivity gap of 16 per cent against the other six members of the G7, which includes Italy, France, Japan, Canada, Germany, and the United States. According to the ONS, the output of British employees per hour worked lags well behind the US, Germany and France, and while all members of the G7 have seen a drop in productivity since the financial slump, the impact has been greatest in the UK.

This long-term trend, combined with the January blues, spells double trouble for employers who expect to see the best results from their business.

A case of the January blues

The biggest challenge for business owners is how to motivate teams during a potentially difficult period. The general malaise associated with returning to work after the holidays can be attributed to numerous factors and varies between companies and teams.

Reasons most often cited include:

NHS estimates that one in 15 Britons experiences some sort of ‘January blues’, or seasonal affective disorder (SAD) between September and April – a type of depression that is caused by a lack of exposure to sunlight during the darker winter months, although cold temperatures and weak daylight also contribute to this melancholic state.

During this time, employees can experience a feeling of general unhappiness, fatigue, anxiety, or depression as the days get shorter and colder, which can also be accompanied by increased eating, trouble sleeping, as well as feelings of confusion, forgetfulness, and lack of concentration. While this condition is quite common in the UK and countries with varying seasons, employers should not overlook it as it can have a serious effect on staff productivity, motivation, morale, and even their physical and mental health and wellbeing.

You can’t change the weather, but you can look at your office environment and make it more conducive to staff morale and productivity. Feeling too cold is one of the most-cited complaints among employees and contributes towards the seasonal productivity drops in the office.

Research suggests that keeping the office temperature at 21 degrees Celsius is ideal for optimal results. Adding additional lighting and colours can also do wonders to boost the mood of your staff, while providing healthy snack alternatives to cakes and cookies at meetings and in the office can reduce the calories associated with comfort eating.

Employees are more prone to irritability in January

Studies show that employees can also experience higher irritability during the cold, long winter months, particularly around the time holidays end and the new year begins. Noisy eaters, colleagues talking too loudly on the phone, long and unnecessary meetings, and sniffing have all been cited as being the main triggers to irritability in the office. Distractions like these can not only cause annoyance in the office, but lowers productivity, so it is worth addressing.

Employers can suggest staff eat lunch away from their desks (set up a designated lunch area if you can), while providing free tissues in the office could help combat the annoyance of sniffing. Employers should also aim to cut down the amount of time spent in meetings while still keeping the lines of communication open.

Research suggests that the period after Christmas can see stress levels rise by a third, with work and relationship worries two of the main triggers. January is also a time where many people struggle with finances due to excessive holiday spending and the large gap between paydays. Stress can wreak havoc on physical wellbeing, with many people citing problems with sleep and susceptibility to illness as major problems associated with stress.

Business owners can offer support to employees if high levels of stress and tension are affecting their performance. For example, enforce mandatory lunch breaks, or if the budget allows, provide relaxing activities in the office like massages or yoga. Likewise, team building activities, bonuses and incentives could do wonders for staff morale.

Finally, studies show that shorter work days increase productivity and result in a happier workforce.. While cutting hours may not be practical or even possible for your business, employers should focus on being flexible with employee time or working location, both of which could bring some surprisingly positive results in staff productivity.

[…] Here you can find 51044 additional Info to that Topic: londonlovesbusiness.com/how-to-avoid-the-january-blues-in-your-workplace/ […]