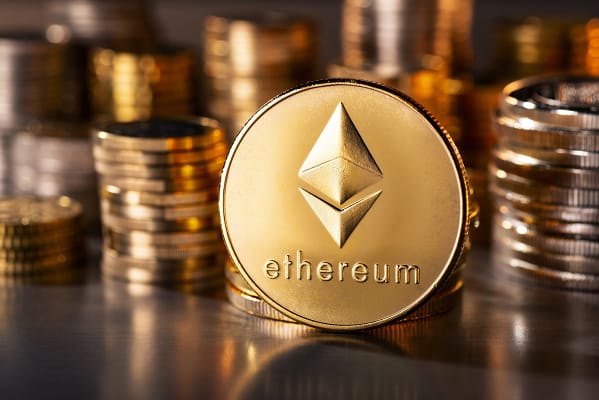 Lately, cryptocurrency or digital currency is quite busy being discussed and has attracted the interest of many people as a good investment instrument. Globally, cryptocurrency has spread. However, only a few of the most popular cryptocurrency categories are supported by high liquidity and have significant market caps. In addition to a large market cap, Bitcoin Cs is predicted to increase in value in the future. Even so, the character remains high-risk, high-return, or volatile.

Now, if we look back, crypto has come a long way back when people could only collect it and now they can use it in many many sectors or industries. One example is online betting. Before, the payment method involved real money to be stored as a deposit, but now, people can conveniently use cryptocurrency to pay the transaction, giving some benefits that traditional payment methods don’t have., for example security and anonymity. If you’re looking for a trusted bookmaker, especially for sports betting,  you may check this link https://smartbettingguide.com/bitcoin-cash-sports-betting-sportsbook/.

Cryptocurrency is digital money used for virtual transactions in the digital world. Cryptocurrency comes from cryptography, which means ‘secret code’ or ‘hidden writing,’ and currency. It is suitable for this term because it is protected and safeguarded by digital passwords and secret codes. Cryptocurrencies also have exchange rate fluctuations, and this is what many people use today to be able to reap huge profits.

What is the difference between Cryptocurrency and regular currency

What distinguishes cryptocurrencies from conventional currencies is the decentralised network system they have. Conventional currency, the rupiah, for example, initially had a physical form, whether it was paper or metal coins stored in a bank that acted as a recording agent for the transactions we make with our money. So even though we can do digital transactions using rupiah, our transactions will still be carried out and recorded by the bank, not directly.

For example, when we transfer funds from our account to someone else’s by internet banking, we send information to the bank to transfer funds from our account to the destination account. And then, the bank receiving this information will carry out the transaction we requested. In this case, the bank acts as an intermediary between the recipient of the funds and us. Transactions like this occur thousands to millions of times a day in one bank so that the bank becomes the central or centre on which all financial transactions are based. To support this, the bank needs to have a strong network and server infrastructure because if it is down or hacked, the financial transactions of millions of people will be paralysed.

Cryptocurrencies are indeed successful as a small part of payment, which proves that they have value. It is also superior to fiat money in terms of security, speed, low transaction costs, ease of storage and is closely related to today’s digital developments.

That was Marion Laboure, an economist from Harvard University, in a recent report by Deutsche Bank. Based on the excess of Cryptocurrency, he predicts its adoption will increase threefold by 2030, providing support from the government and support for the Internet.

“In the next few decades, it will not be surprising if new cryptocurrencies will emerge and be widely adopted. “Today, we know for ourselves that several countries with historically strong banking industries are testing their cryptocurrencies,” said Marion Laboure.

On the other hand, explained Marion, Cryptocurrency can be the best tool in digital warfare. “The question is which country will first take advantage and build an integrated alliance with other countries and companies. When that happens, the boundaries between cryptocurrencies, financial institutions and the public and private sectors can become thin, “said Marion.

Another point is based on previous research by Deutsche Bank, nearly two-thirds of 3,600 people in China, Germany, Italy, the UK, and the United States prefer payments that are purely digital to physical money (cash, credit cards, and debit cards). And a third of them are concerned about privacy issues with the payment system.

“These are two things that cryptocurrencies are able to fulfil,” Marion explained.

According to Marion, if the number of Internet users and users of cryptocurrency wallets is as fast as today and is fully supported by the government, by 2030, the number of crypto asset wallet users will double to 200 million.

Quoting Erich Reimer’s writing in seekingalpha.com, in late 2017 or early 2018, Bitcoin (BTC-USD) maintained a total market cap for circulating supply of around $170.1 billion. However, it remains only part of the crypto space, as the total cryptocurrency market cap is around $ 264 billion – much higher than the $ 795 billion in January 2018. Yet despite the very high price fluctuations, the facts on the ground show that cryptocurrencies are still booming within the framework of technology, finance, and economic cycles.

Crypto conditions that have succeeded in cutting down the bureaucracy that conventional banks usually do, such as no need for intermediaries, no set limits, and expiration, are also based on blockchain to prevent counterfeiting and ensure authenticity. These factors make the government worried about the threat of monetary policy mechanisms because the government cannot easily reach and move mechanisms such as interest rates, currency in circulation, current economic regulations, and even fiscal policy. It is difficult to track and tax the transactions exchanged along with the blockchain compared to the current set of financial services, which all have strict and controlled reporting and monitoring requirements.

It is easy to imagine the future of Cryptocurrency evolving to enable citizens and businesses to transact with each other using monetary mechanisms free from manipulation and control. On the other hand, it’s also easy to imagine a cryptocurrency future running wild, robbing consumers and causing fiscal, monetary, and economic chaos. At their core, cryptocurrencies and blockchain technology are computer programs designed and released with a wide variety of complex rules that keep currency within a specific limit and various other related functions.

Cryptocurrency, even at a stage that is now well developed and well beyond its public debut, still has exciting progress to make. It brings together the latest advances in financial services, Internet services, software, and more. The risk tends to continue to decline as the government pays special attention to regulating it, plus private players continue to explore ways to stabilise products without losing their unique appeal and distinctiveness.

However, a clear challenge lies ahead as the number of crypto-currency users increases—first, namely, the availability of sufficient electricity supply to avoid extinction of the cryptocurrency infrastructure. The real threat to that factor is natural disasters and world climate change. And second, the hacking problem refers to several cases that have raged throughout 2018 to this second.