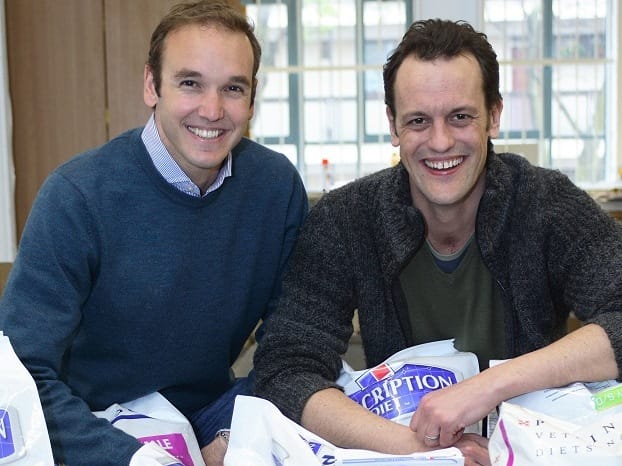 How can fast-growing tech start-ups be better supported?

Our key idea: The government should keep pace with the speed at which e-commerce is growing. It should set up a tech ecosystem to allow technology to improve traditional British industries. The government should also make it easier for tech start-ups to raise finance and hire foreigners so that the UK doesn’t lose out on fast-growth companies to other countries.

The UK has a strong online retail empire: almost three-quarters of the population (73%) buy goods for delivery on the internet at least once a month. Britain has in fact taken to internet shopping more than any other major country in the world, and the UK’s e-commerce industry has generated a trade surplus of £720m in 2013.

However, the main bugbear of many of the UK’s fast-growing tech businesses is the prevalent lack of understanding of how e-commerce works.

We set up online veterinary retailer MedicAnimal in 2007 to make it easier for customers to buy pet medicines. We struggled in the first few years as we were seen as a business trying to replace vet practices. This was not the case as we wanted to use e-commerce to improve a traditional industry and contribute to it as a whole. Technology has been proven to improve traditional industries, yet many are suspicious of new tech start-ups. To bridge the gap between traditional and innovative businesses, we think the government needs to create an ecosystem where start-up companies, investors and traditional industries get a chance to interact and understand each other so they can create growth together.

We also feel that the government’s support could be better directed, and its understanding of fast-growing start-ups improved. In a tech business’ early days, growth and profitability are constantly at odds with each other. This is because the lifecycle of a tech product or service can be long. Often the companies creating them own soft assets like intellectual property, but can’t show tangible assets like inventory. They also won’t be able to show any sales or profitability in the books for some time. As a result, they struggle when trying to use traditional finance methods to grow their business as banks or the government’s finance schemes don’t accept soft assets as collateral.

When we were starting out, we found it incredibly difficult to get anyone in government to really understand our business model. We tried to get £100,000 in funding through the government’s Enterprise Finance Guarantee (EFG) scheme, which sees the government act as guarantor on 75% of bank loans of between £1,000 and £1m. We repeatedly chased officials to give us funding but didn’t succeed. We were even asked to put our homes as collateral to launch MedicAnimal. In the end, we bootstrapped the company until 2010, and then raised money through external investors to grow the business.

In our experience, we found our bank, Barclays, supportive in helping us exploit our growth potential. It has developed a strong expertise in backing tech businesses, and in fact has an internal champion of e-commerce. But banks in general must extend a helping hand to businesses. Providing flexible rolling credit facilities so that businesses can pay fixed costs, like office rent, would help support business growth.

The other issue that’s restricting fast-growing businesses is access to talent. The government hasn’t kept pace with the speed at which businesses need to hire talent from outside the UK. We have found the process of recruiting overseas talent so complicated that we’ve often had to forgo great candidates because it would have taken several months to sort out visa procedures. This needs to be remedied.

The government is losing out on a lot of fast-growth businesses. Entrepreneurs find it easier to go to countries like the US where funding is easy to get, hiring processes are simpler and the business community is tight-knit. Businesses that are set up in the UK often don’t go on to become tech goliaths because when they reach a certain level in the UK, founders typically sell to an American firm. This lack of ambition can be attributed to the fact that tech start-ups don’t get the right kind of support from the government. If it was easier to expand rapidly here, we would see more fast-growth tech companies evolve, and the economy would benefit.

While we applaud the UK government for giving recognition to fast-growing companies like us in initiatives like its Future Fifty programme, it would be far more helpful if it lent an ear to start-ups from day one.