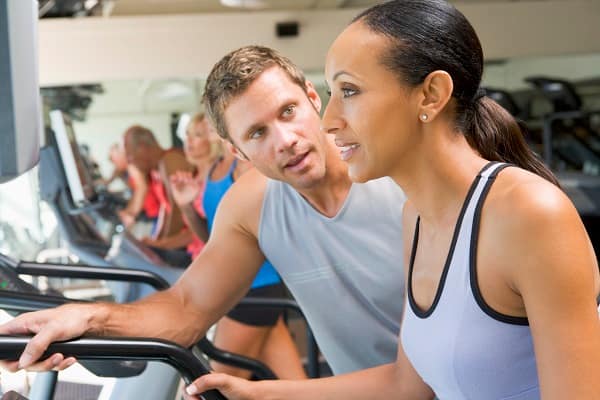 How Athlo is taking the sweat out of gym membership costs

As Athlo founder Matthew Mansell knows, “One of the main reasons people give up their gym membership is because they are not using it enough and, as such, don’t see it as good value for money.”

Still, people want to join up and get fit. And most gyms can’t offer pay-as-you-go memberships — at least not ones that are cost-effective for both parties. So, how can this age-old problem be solved?

Meet Athlo, a platform that brings together gyms, gym members and class-package holders, and other fitness enthusiasts to help everyone get the most out of current pay models. How does it work? After downloading the free Athlo app, people with memberships to — or class passes at — existing partner facilities can post their unused gym days or classes for other people to buy, earning back up to 90% of their membership fee.

How does Athlo work, exactly?

Poised to become the next fitness unicorn, Athlo is, as Mansell describes it, “the first member-centric retention and growth platform. Our solution gives members more flexibility to get the most out of their membership, and ultimately helps gym providers to better retain their member base.”

To that end, Athlo currently partners with several London gyms, including F45, Sweat by BXR, KXU, The Manor, MoreYoga, Paola’s BodyBarre, The Altitude Training Centre, and Milo and the Bull.  The platform also has 4,500 preregistered users who are ready to reinvent the world of workouts.

Now, those members aren’t just people who want to rent out their gym memberships when they aren’t in use. The platform is also popular with consumers who want to cherry-pick their workouts, sampling boutique classes at yoga, barre, and boxing studios while enjoying rates that are lower than typical one-time walk-in fees. Even better? There’s bound to be crossover between these groups, since consumers with existing memberships at Athlo-partnered fitness centres can buy space at other partner spaces and receive a preferential rate.

The result? Athlo founder Mansell has created a viable solution to several pressing problems in the fitness industry. For consumers, using the platform reduces the cost — and boredom — of holding membership at just one gym. And for gym owners, partnering with Athlo can reduce the losses of member turnover and paused memberships, boosting customer retention, and increasing profits by as much as 95%.

Sweat by BXR director Alex Nicholl says, “Athlo’s offering will help us to further grow our membership numbers and give existing members more freedom to use their membership in a way that suits their lifestyle. From early conversations with the Athlo team, we could really see how the platform would add value.”

From London to the world

For now, Athlo’s launch targets partners and gym goers in the London area. Currently, the model mainly works with boutique fitness brands, the kind of gym that’s most impacted by client turnover and economic shifts. But, moving forward, Athlo plans to expand its partnerships to include larger fitness chains, both in London as well as outside of the city or even the U.K. The ultimate goal? To disrupt the industry and help fitness lovers around the world get more for their gym money. Until then, all can explore the platform and get to know this new way of approaching gym memberships. Athlo is free to download on the App Store or on Google Play. So get started, and watch your fitness pennies stretch further!