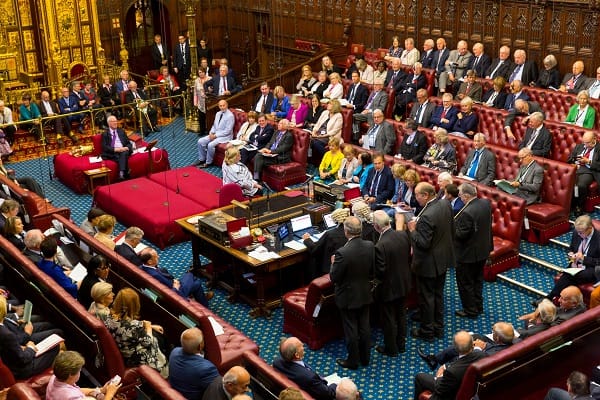 The House of Lords on Friday approved legislation that will block a no-deal Brexit on the 31 October, this will now be put before the Queen for royal assent on Monday.

This is yet another huge blow for Boris Johnson as this will force him to ask the EU for a delay to Article 50 for three months. On Thursday the prime minister said he would, “rather be dead in a ditch” than ask the EU for an extension.

This has enraged Johnson and he has dubbed it the “surrender bill” and said this has now scuppered any chance of negotiations with the EU.

Earlier on Friday opposition leaders agreed to vote or abstain against Johnson’s second call for a general election, when it returns to the House of Commons on Monday.

Dick Newby, the Liberal Democrat leader in the House of Lords said, “Despite cynical attempts from Tory backbenchers to filibuster, the Article 50 extension bill has seen safe passage through the House of Lords.

“It seems that, unlike our suitcases, their threats of disruption were empty.

“Liberal Democrats in both the Lords and the Commons have fought tirelessly against the attempts by the prime minister to force a disastrous no-deal Brexit, and this bill is an important step towards trying to sort out the mess the government has made.”

However, on Thursday Pierre Sellal the former French ambassador warned that the French president Emmanuel Macron will most likely veto against an extension.

“Maybe what is missing today is this trust about the way your country sees its future with the Union.

“In this regard, I think the situation has been deteriorating and, with such an ambiguity, it is very difficult to have the necessary trust which could justify a new examination of a new date.”