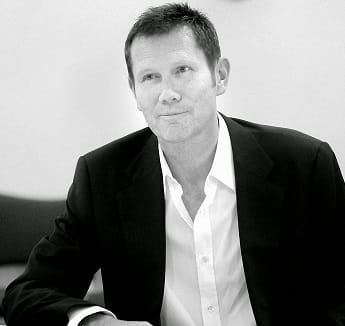 This is what they said.

Digital consultancy Futurice has appointed former easyJet CIO Trevor Didcock as its first UK non-executive director. Didcock, who was named number one in CIO UK’s CIO 100 and who has also held the top CIO position at the AA, HomeServe and RAC, will play a key role in building the UK business.

Futurice works with multinationals on digital strategy and innovation culture to help them become future capable. The company offers a complete end-to-end service from board level consultancy through to co-creating and building digital solutions.

Founded in Helsinki, Finland with offices in Germany and Sweden, Futurice’s London office boasts 20 staff and a local client list including Ford, Tesco, Samsung and Moneycorp.

Tom McQueen, MD of Futurice UK said: “We are very happy to have Trevor join our board. Trevor brings extensive experience of delivering successful large-scale digital transformation at organisations such as easyJet and the AA.

“Trevor is a real advocate of Futurice’s culture and is already helping us on our journey to enable UK enterprises to build future capability.”

Syrjänen added: “Trevor’s decision to join the Futurice board is a huge endorsement of our human-centred approach to business change. His experience as the CIO of major public listed companies means he brings invaluable insight into the challenges faced by big corporates as they seek to use emerging technologies to improve operational efficiencies and deliver the best possible customer experience.”

Commenting on his decision to join the Futurice board,  Didcock said: “I met Futurice on a project we both worked on involving product development and agile engineering in the airline sector.

“I was enormously impressed by the quality of their consultants and practices, and by the company’s people-centred workplace culture with its focus on trust and transparency.

“Businesses seeking to become digitally driven face a complex journey when it comes to re-engineering their business model, processes, and culture. Futurice has the breadth and expertise to empower and enable senior management and innovation teams so that they can survive and thrive in a constantly evolving digital landscape.

“I’m looking forward to working with the board on a UK and international level as we guide the business to the next stage of growth.”

As CIO of easyJet, Trevor led the airline’s “Turn Europe Orange” initiative which created new products and channels and introduced allocated seating as part of a programme of renewal across the airline, helping to quadruple profits.He was also responsible for developing a long-term IT strategy for easyJet aimed at future-proofing its technology offering.

During his earlier CIO career, Trevor oversaw extensive digital transformation at HomeServe, the AA and the RAC, in each case being part of an executive board that averaged double digit percentage annual profit growth. Trevor has featured regularly in Top CIO league tables, including the Silicon 50, the CIO 100 and UK Tech 50. He took the number one slot in CIO UK’s  CIO 100  in 2012.

Bank lending across the eurozone is expected to rise 4.6% by the end of …