Home Business NewsBusiness From dance floors to coffee: The most innovative business energy sources used in the world 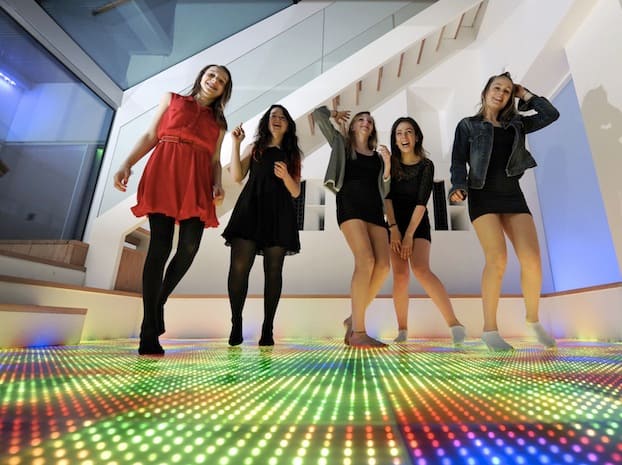 From dance floors to coffee: The most innovative business energy sources used in the world

Renewable energy is trending: thanks to governmental targets to reduce carbon emissions and many big businesses embracing environmental responsibility, many renewable sources are frequently overtaking their traditional cousin, fossil fuels.

But while solar, wind and wave technologies are well known, there are plenty of other innovative energy solutions being used by businesses around the world.

Here, the experts at Opus Energy, explain their favourite four:

One of the most jaw-dropping energy solutions was created by Energy Floors in Rotterdam, which opened the world’s first sustainable nightclub, WATT.

From their simple vision of sustainability – People, Planet, Party – the company developed a floor tile which generates electricity when walked on. By installing these across their dancefloor, they managed to reduce their energy bills by 30 per cent, and make substantial savings across the club thanks to additional sustainable solutions. The technology that powers the dancefloor is called piezoelectric. Each tile on the dancefloor flexes slightly when pressure is applied (when people walk or dance across them), which drives a generator and produces electricity.

Another Dutch organisation, Plant-E, hopes that we will one day be able to generate electricity by making use of natural biological  processes which take place in soil near plant roots. This opens up all sorts of interesting possibilities, from individual plants producing enough wattage to power small-scale installations such as phone charging or WiFi facilities; to roof gardens which could generate electricity for internal and external lighting while also insulating an office or shop.

Florists and garden centres could benefit enormously from this technology, but really there are no limits. If every business could cut their electricity bills by installing a live electricity network of plants; this would also have the additional benefit of carbon sequestration, as the plants would naturally process carbon and produce oxygen in turn.

From bean to cup to electricity generation, coffee grounds are the next big thing. From powering sleepy humans to powering homes and offices, caffeine might be a surprising source of energy.

UK organisation, Bio-Bean, has found a brilliant solution to combat the amount of waste that gets sent to landfill by turning used coffee grounds in biomass fuel, marrying sustainability with entrepreneurship.Collecting used coffee grounds from retailers, the bean grounds are then transported to the company’s facility in Cambridgeshire before being treated, compressed into either pellets or briquettes, and sold.

From undercutting the costs of traditional waste solutions, through to presenting a finished product which burns for longer and at a higher temperature than wood logs, and which is carbon-neutral, Bio-Bean are clearly an attractive option.

This Californian start-up has developed a new type of solar panel, which uses infrared and ultraviolet rays from the sun to generate electricity, instead of visible light as is the case with conventional photovoltaic solar.

The thin, transparent solar cells can be overlaid on roofs and walls with almost no alteration to the appearance of the building. Alongside this, the transparency opens up a range of possibilities for its use – from potentially being overlaid on traditional windows and mirrors to create internet-connected smart glass; to acting as protective covers on computer, laptop and mobile phone screens, and providing a source of charge.

These are just a few of the innovative solutions that are already in practice, yet the growing popularity of renewable energy sources mean that the possibilities for new intelligent solutions could be endless.