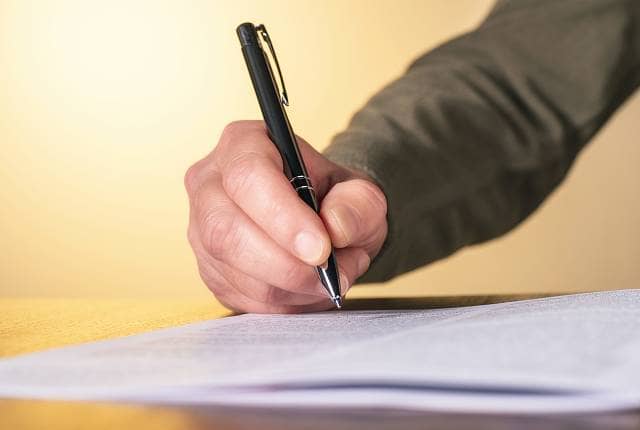 Every business relies on contracts: in fact, WorldCC estimated that up to 80 per cent of the revenue generated through B2B deals is governed by contracts. Despite this, the contract process itself hasn’t developed as quickly as other areas of the business; whereas finance teams are now automating key processes, and HR teams use applicant tracking systems to meet their hiring goals, contracts that sit with legal teams still live largely where they did 20 years ago – in Word and email.

It’s no surprise, then, that WorldCC also estimated that 83 per cent of people dealing with contracts were dissatisfied with the process.

What’s wrong with the contract process

At an early-stage business, a poor contract workflow can be make-or-break – the business has aggressive growth targets, and every deal lost has a larger impact than it would at a well-established corporation. Salespeople are laser-focused on getting to yes as quickly as possible, so the contract workflow is, arguably, one of the most important touchpoints in the sales cycle.

But managing sales contracts still often requires salespeople to lean on legal teams to do the heavy lifting. Legal teams at small companies usually consist of one or two lawyers, who are stretched enough as is, dealing with requests coming from all sides of the business. This friction can lead to lost momentum in deals, or sales reps freestyling terms to get signatures on dotted lines.

Legal teams can prevent all the problems that often arise with a manual contract process by designing a robust, automated workflow that scales with the business and enables the sales team. Here are my five tips for lawyers looking to improve the contract process:

Signing a contract through a manual workflow would involve

Not only is this process archaic and time-consuming, but it’s also frustrating for sales teams at a high-growth business, looking to close deals and scale quickly.

It’s now possible to digitise the entire workflow through a contract automation platform, and replace manual signing with a secure eSignature alternative, so parties can sign from anywhere, at any time. This is invaluable as the business continues to grow and salespeople end up with a higher volume of deals to close.

Teams in an early-stage business can’t get by without being data-driven. Being able to capture data from the contract process, and use that data to learn and iterate, is a huge win for legal and sales teams as contract volumes just get bigger over time.

Make sure you implement a contract automation solution with analytics, so you can assess:

There’s plenty of data legal teams can exploit from contracts, and this can help them add value to the business and enable faster closing.

Contract design and structure is just as important as the process through which contracts are managed. If legal documents are full of legalese and indecipherable jargon, the counterparty will take longer hunting for key information. The lack of clarity leads to more questions, longer contract negotiations, and frustration on both sides. Counterparties get frustrated at having to understand such a complicated document, written by and for lawyers instead of the end user. The sales team gets frustrated at straightforward deals being delayed by days, even weeks, due to poor contract drafting.

Make sure your legal documents are easy to read and understand – this will result in a contract that the counterparty is much more likely to sign.

Third-party paper means working in a platform or to a process that sales and legal may not be familiar with, ultimately leading to lengthier negotiations. It’s not always easy to avoid this, but by keeping contracts and templates on your own paper, you can ensure you have control of the process.

That’s a win for legal teams at small businesses, who don’t have the time to be negotiating every single non-disclosure agreement that crosses their desk. You’ll need to work on your terms to make sure they’re accepted without friction, but the time saving from avoiding switching to other tools and jumping into Word and email is huge.

You’re looking to purchase a new automation tool that can speed up the contract process – but getting other teams to use it over the tools they’re comfortable using everyday is a much bigger challenge. So don’t make them.

Instead, find a platform that legal can easily integrate with other tools in the business. If you’re looking to enable the sales team, consider CRM integrations before buying. Being able to sync data between the contract automation platform and Salesforce, for example, is a huge advantage – sales can continue working in the system they use everyday, without feeling like this new solution is disrupting them. This ease and velocity will help sales teams work more efficiently as the business continues to grow.

These steps can help high-velocity businesses scale faster and much more efficiently. Making contracts smarter and more human can have a significant impact on the sales process, taking a weight of work off legal’s shoulders and enabling reps to do what they do best – close deals.