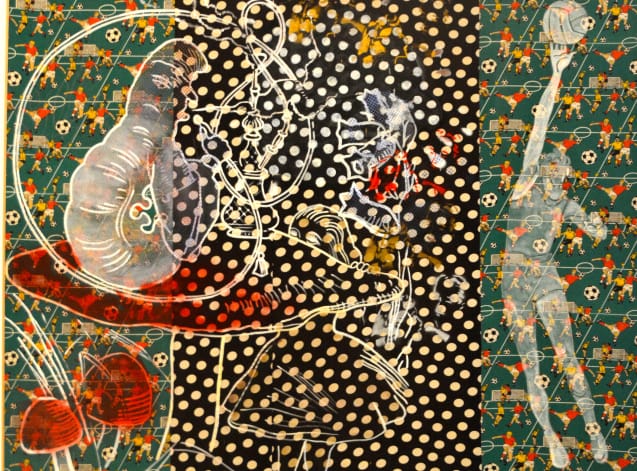 Five great cultural things to do in London in January

Moya Maxwell, chair of Unique Venues of London, picks the best of the bunch

As the New Year dawns it should be every Londoner’s resolution to do away with those post-Christmas blues and explore some of the exciting exhibitions, events and festivals that the capital has to offer in January.

January offers the last chance to view the critically acclaimed exhibition documenting the frantic, surreal works of one of Germany’s, if not Europe’s, most talented and irreverently witty modern artists.

Across a five-decade career which encompassed a broad range of media including painting, drawing, photography, film and sculpture, as well as notebooks, slide projections and photocopies, visitors will have the chance to see first-hand why he took the radical approach to art that he did.

For more information and to book tickets click here

Lectures and workshops at The British Museum, throughout January 2015

From a journey into Ancient Egyptian afterlife through to a series of seminars on the global significance of German literature from Goethe to the Brothers Grimm, The British Museum has all manner of lectures to both appeal to the culture vulture inside and stimulate the grey matter.

From free workshops to specially-themed tours around specific collections, there is something to satisfy any appetite for knowledge.

The Hard Problem, The National Theatre, from 21 January 2015

In his first play since 2006, legendary playwright Tom Stoppard explores the troubling question of where psychology and biology meet and, if there is nothing but matter, how can consciousness be quantified?

Returning to the National Theatre for the first time since 2002’s Coast of Utopia, this hotly anticipated play shows how one of the nation’s best-loved literary figures has lost none of his creative flair, ever ready to confound audience expectations and raise thought-provoking subjects.

For more information and to book tickets click here

To mark the 50th anniversary of Winston Churchill’s death, the Science Museum is staging a special exhibition to tell the little-known story of the renowned Prime Minister and national hero’s fascination with science, which led to great scientific development and achievement, helping Britiain and the Allies triumph in World War II.

The exhibition brings together a number of personal objects belonging to Churchill as well as iconic pieces of technology developed during his tenure in office.

What better way to keep the party going in January than with a scrumptious cheese and wine evening in Borough?

Guaranteed to both test and tantalise the tastebuds, guests will be guided through a gastronomic journey by Vinopolis’s wine experts, uncovering a myriad of marvellous flavour combinations and finding out what makes the very best pairings.

Moya Maxwell is chair of Unique Venues of London

The hottest new restaurants opening in London in 2015

Here’s why your e-reader could be damaging your health

The most complained-about TV programmes of 2014