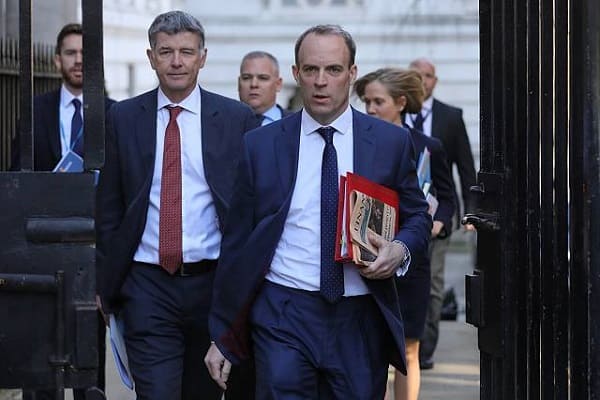 Foreign Secretary Dominic Raab told MPs in the House of Commons on Monday that the UK’s extradition treaty has been “immediately and indefinitely” suspended.

He said, “There remains considerable uncertainty about the way in which the new national security law will be enforced. I will just say this, the UK is watching and the whole world is watching.

“In the last few weeks, I’ve been engaged with many of our international partners about how we should best respond to the unfolding events in Hong Kong.”

Raab told MPs that the UK are to extend their arms embargo to Hong Kong which has applied to mainland China since 1989.

Raab told the Commons, “The extension of this embargo will mean there will be no exports from the UK to Hong Kong of potentially lethal weapons, their components or ammunition

“It will also mean a ban on the export of any equipment – not already banned – which might be used for internal repression, such as shackles, intercept equipment, firearms and smoke grenades.”

Following the new security laws, security partners Canada and Australia who partner UK’s “Five Eyes” have also suspended their extradition treaties with Hong Kong, it is expected the US will also follow.

The Chinese ambassador to the UK Liu Xiaoming hit back on Monday morning, and said it would be “totally wrong” to impose these sanctions on officials.