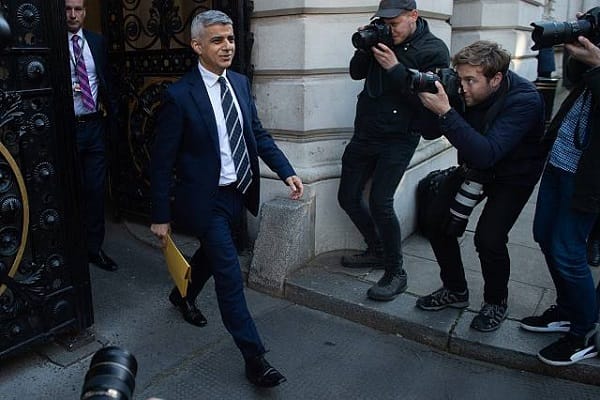 European Londoners urged to apply for settlement scheme before Christmas

With a month to go until the end of the Brexit transition period, the Mayor of London, Sadiq Khan, is today making a direct appeal to the more than 1 million European Londoners living in the capital to ensure they apply to the EU Settlement Scheme before Christmas.

European citizens living in the UK by 31 December have until 30th June 2021 to apply to the EU Settlement scheme, but today the Mayor is warning of the likelihood of people facing discrimination if third parties, such as employers or landlords do not understand their continuing rights and entitlements once tougher immigration rules come in from 1 January.

There remains a lack of clarity and information from ministers around how someone already resident in the UK will be able to prove their right to live and work here without having obtained status under the scheme by 31 December. This could lead to European Londoners being discriminated against in a whole host of areas, despite legally being allowed to be in the UK.

New figures show the huge uncertainty that remains. A survey conducted by New Europeans UK of 270 older and more vulnerable Europeans living in the UK who have been granted their status revealed that 68 per cent of them do not know how to access or prove their eligibility for services or their right to work. 80% of respondents also said they had needed help with their application.

There are also 603,000 European Londoners in the capital who do not have 5 years’ continuous residence in the UK and will therefore have to convert their temporary pre-Settled Status to Settled Status over the coming years in order to remain in the UK. The survey revealed that 73 per cent of respondents currently do not know when and how to do this.

Based on statistics released by the Home Office last week, European citizens in London have been more likely to receive pre-Settled Status rather than Settled Status, with 44 per cent of applications in London being for pre-Settled Status compared to 40 per cent in the rest of the UK. Without more awareness and guidance available for how these 603,000 people in London can convert their status, many could lose their right to live and work in the UK without realising it.

The Mayor is calling on the Government to commit greater resources to ensuring all those with pre-Settled status know exactly how to apply for Settled status – providing long-term funding for advice, outreach and support services that reaches those from all nationalities and backgrounds.

Mayor of London, Sadiq Khan, said, “EU citizens living in London are an integral part of our city. They’re our friends, our families, our neighbours and our colleagues, and like everyone else many have faced an extraordinary difficult year dealing with COVID-19. I pleased that so many European Londoners have already applied to the EU settlement scheme, but with a month to go until the end of the transition period time is now running out.

“So today I’m making a direct appeal to every European Londoner – make sure that you and all your eligible family and friends have applied to the settlement scheme before Christmas. If not, I fear you could be a victim of discrimination – from a landlord, a potential employer or anyone else who fails to distinguish between your rights and those of people arriving under the tougher immigration rules starting from January.

“More still needs to be done at all levels of Government to ensure everyone affected has the guidance and support they need to prove their right to live, work and study in the UK. We can’t risk any more people falling victim to the hostile environment that caused devastation for some in the Windrush Generation.”

Latest Home office figures show that there were 60,300 outstanding applications for the EU Settlement Scheme being processed in London, showing the importance of submitting applications well in advance of the deadline.

Alongside his European Londoners Hub, the Mayor is doing all he can to support European Londoners through these difficult and stressful times and has recently awarded another £70,000 of funding to 7 community organisations who work with vulnerable European communities to help them with their applications and maintaining their status in the UK. In total the Mayor has awarded £180,000 to community organisations involved in outreach activities. Further guidance – which will be translated in different languages – will be available from January.

As Mayor, Sadiq Khan will continue to stand up for London’s values – leading the fight against a no-deal Brexit, defending the rights of EU citizens in London, making the positive case for immigration, and celebrating London’s openness and diversity.

Sadiq continues to call on the Government to ensure all organisations know they have a duty not to discriminate against EU EEA or Swiss citizens and cannot require them to show their status under the EU Settlement Scheme until after 30 June 2021.